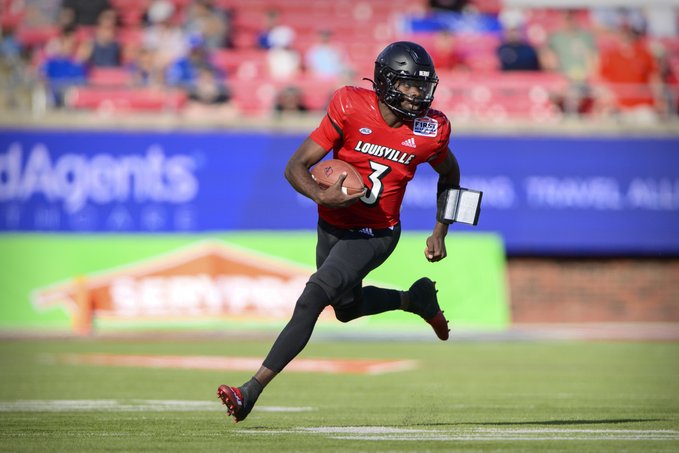 The best way to measure one conference up against another is to look at non-conference. The 2022 ACC non-conference schedules are all over the place. As the lone Power 5 conference unscathed by the crazy realignment, the ACC can re-establish itself as one of the top conferences in the nation with a strong showing.

In this series, we will continue to look at each team’s out-of-conference slate and rank them based on difficulty. There are some teams who have serious gauntlets. Other teams have a cakewalk.

With just three wins in 2021, it’s going to be just as difficult for Georgia Tech to return to relevancy with the most difficult of the ACC non-conference schedules. Jeff Sims could be a very solid quarterback but the Jackets lost star running back Jahmyr Gibbs to The Portal. Dylan McDuffie transfers in from Buffalo and is a stud in his own right.

After kicking off the season with ACC favorite Clemson, GT gets to host Western Carolina. Their lone non-conference win last year was against an FCS foe and it very well could be the same this year. Ole Miss finished with 10 wins last year but will have to replace Matt Corrall at quarterback. USC transfer Jaxson Dart has been battling with sophomore Luke Altmyer to be the next big thing. Zach Evans transferring in from TCU sure doesn’t hurt.

The certified best team in the state of Florida, UCF, will be a tough task yet again for any team. Mikey Keene took over after Dillon Gabriel’s injury last year and he is battling with Ole Miss transfer, John Rhys Plumlee. Both their leading rusher and receiver return and the Knights will be strong again.

Finally, the rivalry game. Georgia is coming off of a CFP Title but has lost most of its great defense. Considering how well they’ve recruited, it’s safe to say they’ll be okay and among the best in the nation.

Florida State: vs Duquesne (FCS), @ LSU, vs Louisiana, vs Florida

Good news for Florida State: they don’t play Jacksonville State (FCS) this year. Bad news: They face three seemingly strong FBS foes. They sit firmly with the second-toughest ACC non-conference slates. Last year, the Seminoles beat just one non-ACC foe and it was UMASS. Jordan Travis returns at quarterback but he’ll have his work cut out for him.

LSU was down last year, finishing with just six wins and dropping its bowl game to Kansas State. This year, they have a new coach, new quarterback (assuming Jayden Daniels wins the job), and a newfound bit of confidence. This game is at a “neutral site”…in New Orleans. So, it’s an away game for FSU.

Lousiana comes to town for the penultimate game of the 2022 season. “Despite” being a Sun Belt team, the Ragin Cajuns are going to be good once again. Despite in quotations because P5 programs like to overlook G5 teams by scheduling them as freebie wins. Not the case here. Unless Florida State gets significantly better, Louisiana is going to stroll into their house and steal all of the Seminoles cookies.

Finally, Florida. As with LSU, Florida was down last year and has made program-wide changes. Billy Napier comes over (from Louisiana, coincidentally), Jack Miller transfers from Ohio State to battle with Anthony Richardson at quarterback, and the Gators are hungry for more. UF has won each of the last three matchups and owns a 37-26-2 record all time.

It was a down year for Clemson in 2021, finishing a meager (10-3) and winning the most prestigious of the bowl games, the Cheez-It Bowl. D.J. Uiagalelei has not quite filled the massive shoes left by Trevor Lawrence but he still has legit weapons and an elite defense. They lost their coordinators, so this will be Dabo Swinney’s first true test as head coach.

Louisiana Tech is not the toughest test that the Tigers will have to face. The Bulldogs won just three games as a member of the Conference-USA last year. The non-conference test will be their trip to South Bend, Indiana. Notre Dame is coming off of another 11-win season and has CFP hopes. If ND can pull off victories against Ohio State, Marshall, BYU, Clemson, and USC, they’re in.

Malik Cunningham has the highest Rushing Grade by a returning P5 QB (90.3) 🔥 pic.twitter.com/yrNbF5sxZL

Winners of just six games last year, expectations are significantly higher for the Louisville Cardinals in 2022. Of those six wins, just two came out-of-conference and one was against an FCS foe. Malik Cunningham returns for a fifth season and fourth as the starting quarterback. Across his four seasons, he’s already thrown for 8,092 yards (sixth-most in Louisville history) and 62 touchdowns (also sixth-most).

Louisville gets to face off against a pair of AAC Floridian schools. UCF is going to be a tough out for anyone, as stated above. USF, not so much. They get Baylor transfer Gerry Bohanon to helm an offense that won all of two games last year.

James Madison will be an interesting program to follow. They finally make the jump to the FBS level and is already garnering some legitimate Sun Belt hype. They were by far the best team in the CAA last year and are returning a lot of pieces. Watch out for the Dukes to surprise in their first season at this level.

Then there’s Kentucky. The Wildcats were the closest thing resembling an obstacle in Georgia’s easy conquest of the SEC East. They reached as high as 11th in the polls (and subsequently lost three in a row) and finished 18th after beating Iowa in the Citrus Bowl. UK has won each of the last three matchups with Louisville.

The Tar Heels will have a surprisingly difficult slate of ACC non-conference games. They will have to replace Sam Howell with either Jacolby Criswell or Drake Maye. Whoever wins the job will have a fun time with British Brooks and Josh Downs as weapons. Mack Brown has been recruiting at a high level, so could this be the year the Heels break through?

UNC better not overlook Appalachian State. As is the case with most of the ACC-Sun Belt matchups, the Sun Belt team is formidable and can come out on top. Georgia State may not be the Sun Belt team that gets a win over a P5 foe, however. There is hype surrounding the program because they won eight games last year. However, UNC smacked them to the tune of a 59-17 victory.

And Notre Dame. I’m sure I’ve said enough on the Fighting Irish to this point.

The U has been quite the story recently. Mario Cristobal comes to town and is seemingly shifting the culture overnight. He has the task of improving upon a team that won seven games last year, two out-of-conference. Tyler Van Dyke is considered a darkhorse Heisman candidate and is looking to build upon his strong season.

They don’t have to get smashed by Alabama in Week 1 this year, so that’s good. Southern Miss comes to town with stud running back Frank Gore, Jr. (yes, that Frank Gore) and has its own bit of hype surrounding its 2022 season.

Texas A&M is the yearly candidate for “level of hype never matching up to results” award yearly. But maybe this year is the year they actually do something with the high level of recruiting they’ve been doing. If they can actually do it, the Aggies will contend for their first conference title since 1998. You’d think they were coming off of multiple titles the way they’re propped up, but I digress.

The “easiest” of the most difficult ACC non-conference schedules belongs to the defending ACC Champs, the Pitt Panthers. Last year, Pitt won three of its four non-conference games en route to an 11-win season. So good, in fact, that head coach Pat Narduzzi thinks they could routinely run through the Big Ten. This was after losing to Michigan State in the Peach Bowl…and Western Michigan earlier in the year.

No more Kenny Pickett or Jordan Addison. Week 1 is going to get here sooner than we think and the Backyard Brawl is renewed. West Virginia isn’t the best Big 12 team but has J.T. Daniels at quarterback, prompting a newfound belief. Then, they’ll travel to Tennessee. The Volunteers aren’t the cream of the crop of the SEC, as they’d like to think, but are still a formidable team. Hendon Hooker will lead this team to plenty of wins.

Now, the greatest test of all: avenging its loss to Western Michigan. It was a barn burner with the Mustangs coming out on top, 44-41 after the pair combined for 1,025 yards. Pitt turned the ball over three times compared to WMU’s zero, so that’ll be a point of emphasis.

Where Does the ACC Stand?

Considering the other four Power 5 conferences have been working on expansion (or getting picked over as is the case for the Pac-12), the ACC has been content with not moving. With 14 teams, it’s already massive. Could they see the writing on the wall and court Notre Dame and a few others?