Why the NBA Should Cancel The 2021 NBA All-Star Game

The NBA All-Star Weekend has become an annual holiday taking place in the middle of February to celebrate the best players of that season. The festivities range from the three-point competition to the dunk competition, and of course, the big game played on Sunday night. To say these festivities are top-notch entertainment, would be an understatement. It would be unimaginable to see a modern NBA season without All-Star Weekend, but this year has been like no other.

I believe when I say 2020 has been a roller coaster, I speak for the majority of people. 2020 has seen birthday parties turned to Zoom parties and car parades, and have even seen sports have little to no fans in the stands.

The pandemic has canceled many events, including the All-Star games in the NHL, MLB, and NFL. The reasoning behind these moves was simple, it’s not smart to have the entire league together during a pandemic. We’ve even seen the NFL host voting to elect a Pro-Bowl roster so players can still be rewarded for their great seasons. The NFL even had players and celebrities compete in a virtual Pro-Bowl in Madden 21. But the NBA wants to host the game with little changes.

Why the NBA Should Cancel The 2021 NBA All-Star Game

Players’ thoughts on the 2021 NBA All-Star

“Zero energy and zero interest”@KingJames on playing in the All-Star Game. pic.twitter.com/yrVi6oedkF

Why the 2021 NBA All-Star Game Needs to Be Cancelled

In my opinion, I believe the NBA and NBPA should reconsider their stance on the 2021 NBA All-Star Game. The NBA has already had to postpone 24 games and the thought of even attempting to host the All-Star Game is mind-boggling. COVID-19 has shown the world how contagious it can be and how quickly it can shut down events. With that being said, does the NBA really believe that bringing players from almost every team together for one event is a good idea? To me, that idea seems like a shut down of the NBA is waiting to happen.

However, I do understand why the league wants to have the 2021 NBA All-Star Game. The sports industry has lost billions of dollars in revenue because of COVID-19 and the NBA wants to try and make up for that. The league has every right to do what they think is best for their business but can they think of alternatives? A perfect example is the NFL. The NFL mortified the Pro-Bowl so they could still have it. The NFL elected Pro-Bowl players but made the game virtually. It wasn’t as exciting as the regular game but it was something to look forward to and in a year where everything was canceled, it was a breath of fresh air.

And for the players, you guys agreed to the game. The NBA and NBPA both agreed to have the game so if you have a problem with it why wasn’t it brought up beforehand? If you really don’t want to attend, then don’t go. Either opt-out or say you’re injured and can’t play. If the league decides to fine the players, I’m sure they can pay whatever fine the NBA hands them.

As I’m writing this article, the NBA is still planning on having the game on March 7 in Atlanta. But after recent comments from some of the league’s superstars, I wouldn’t be surprised if the 2021 NBA All-Star Game is canceled. Not to mention after the Kevin Durant incident on February 5, hosting the 2021 NBA All-Star Game will not sit right with the players. For a league that seems to be the leader in sports and being forward-thinking, this seems like a huge step in the wrong direction.

What Is the Boston Celtics’ Ceiling After the Jaylen Brown Injury? 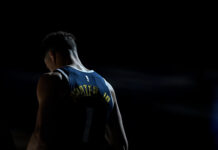 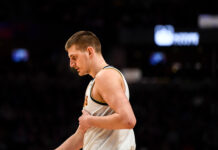