The Premier League has seen a number of great football players and captains alike. These two roles do not always coincide with each other, as a single player may be crucial to the team’s tactics and success, but without any leadership skills and vice versa.

While those described above are not to be completely disregarded from history books, the best captains in the Premier League tend to have all the qualities combined. Punters are paying attention to their player stats while at sport.netbet.co.uk, while hopeful players are most likely to rely on such captains to create possibilities that allow everyone to use their maximum capacity on the pitch. Following is a list of the best to have played in the Premier League teams, having worn the captain armband.

Six years upon his entrance through Arsenal gates, Vieira was invited to take up the role as team captain from the famous Tony Adams. He managed to handle the big shoes left for him to fill and not only lead his team to two FA cups and two Community shields. Still, the biggest achievement came during the 2003/04 Premier League season. Vieira could largely be credited for the ‘Invincibles’ – a nickname attributed to the team during this period due to the fact that they managed to go through the entire season without a single loss.

As much as we fear to admit, there is something about the players and the game in older days which makes you appreciate it more. Thus, Tony Adams – Vieira’s predecessor in wearing the captain armband, ranked one place higher on our countdown.

He is known to have spent the most part of his professional career under the Arsenal name and demanded that his teammates maintain the same devotion.

Being a captain to Manchester United throughout the modern football era is proof enough of your excellence. While there are many from United’s captain ranks that could have taken up this position, Keane’s miraculous comeback and persistence have earned him a spot.

After the injury he underwent during the first season as captain, United recuperated from seeing the Arsenal with the league title and won the historic treble in ‘98/99, as well as many additional events.

Liverpool players and fans alike have all been supportive of Gerrard’s career as team captain, despite the fact he was unable to lead the team to a league title. The years 2005 and ’06, however, saw him win the Champions and the FA title, as well as individual player awards for both these events. It was evident by then that he was pushing the team forward.

‘Captain, Leader, Legend’ – the three words that found their way to Chelsea’s Stamford Bridge are enough to understand Terry’s value in the eyes of Chelsea. His greatness, and consequently the right to rank first on our list, lies in the fact that he formed a perfect union of football skill, talent, guidance and execution that made players gain direction. 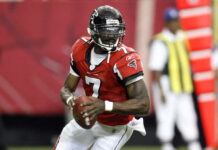 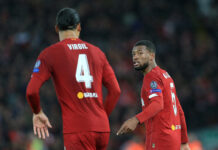 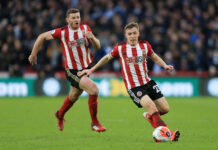