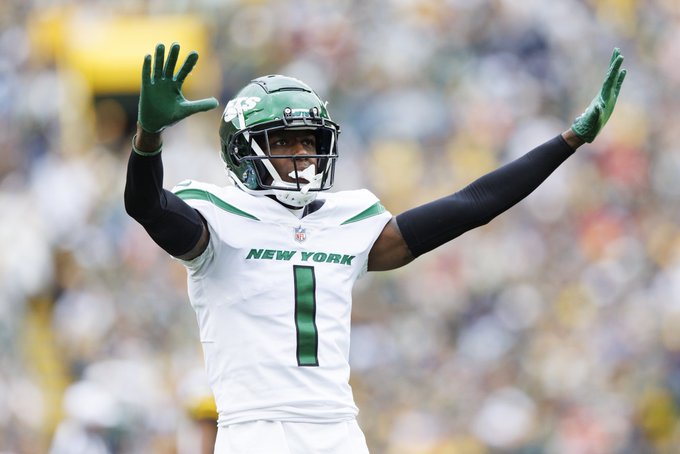 Well, it finally happened. The Steakspeare’s Spreads hot streak is no more. It’s easy to get discouraged from this current fall from grace, but have you seen the games we have on tap this weekend?! There’s money to be made and we like favorites this weekend! Four favorites and a lone underdog on tap for the week and only one spread of more than five points.

This will be fun, we are manifesting wins and, most importantly, we are watching great football games. 15-15 on the year. A deadlocked board. No units up, but no units down. Perfectly balanced, as all things should be. We need to rattle off a big week here and it all starts now!

We start with yet another Thursday game. Now, outside of the bad football we’ve been seeing on Bezos’ vision (Amazon Prime), We have been HOT when it comes to predicting the stand-alone game on Thursday, hitting three of our first four.

This feels like a game where Arizona is undervalued. Now, they haven’t looked very good to start the year, but they get back a serious threat in DeAndre Hopkins and they’re at home, which is always a good thing. They’ve also now acquired deep-threat receiver, Robbie Anderson.

It remains to be seen if he will play, but this now gives Kyler Murray serious depth of weapons with Nuk Hopkins, Robbie Anderson, Zach Ertz, and James Conner when he returns. Look for Arizona to begin turning the season around starting this Thursday night.

Cincinnati returns home after a thrilling win in New Orleans thanks to a Joe Burrow, Ja’Marr Chase bayou beatdown like the LSU days. The Bengals are really finding their way and Atlanta is coming off their biggest win of the year, so there’s a serious likelihood for a little “feeling myself” attitude.

The Bengals have a significant advantage at quarterback, running back, wide receiver, and defense. It’s a large Bengals spread, so expect to have to sweat it, but it covers and the Bengals keep rolling.

This game was picked because the defense of the Packers very well could shut out the abysmal Commanders offense. Carson Wentz slander aside, Green Bay has had every opportunity to look like a bad team and they haven’t. They’ve lost to both New York teams and a surging Vikings team, but they beat the teams they should and also have beaten Brady and the Bucs.

Washington gives us no confidence in the ability to win games against teams that aren’t “bad” and while the Packers may be working through some early season woes, they’re not a bad team especially defensively. Look for Green Bay to control this game early. Ron Rivera was right last week, teams beat Washington because of the enigma they have at quarterback, Carson Wentz. Rodgers > Wentz.

Jets rookie CB Sauce Gardner has allowed a 19.0 passer rating in single coverage this season. Best in the NFL.

The Jets are a hard team to figure out. One weekend, they fail to score ten total points against the Ravens, and a few weekends later they drop 40 on the Dolphins. They’re coming off back-to-back wins and face a Denver Broncos team that is almost as puzzling but leaning more toward the negative side of things.

Russell Wilson now appears to have a hamstring issue on top of the shoulder woes, so they could be at a quarterback disadvantage now. The Jets defense is serious, but the Broncos offense isn’t and that is the difference for the Jets at home this weekend. Denver needs to rest until they show us anything of substance offensively. New York is pesky and we should expect more of the same from them.

This is a game that could be a Super Bowl LVII preview (and Super Bowl LIV rematch). On one side, you have a dynamic offense filled with generational quarterback talent, an arguable top-three tight end of all time, and a play-calling wizard as head coach. Pair all of that with appearances in two Super Bowls with one win under their belt and you have a team comfortable under the big lights.

On the other side, you have a defense that is turning heads, one of the two best young coaches in the game, and a revolving-door running attack that is successful no matter the bell cow. This is going to be a fun one, but one that Kansas City should win and cover. Look, Kansas City lost last week’s huge game due to a Mahomes mistake. That isn’t going to happen again. Expect them to come out of the gate swinging and with a newfound motivation to succeed.

So, are we feeling the love yet? .500 through the first 30 picks. We will continue to build on these and learn from what the data tells us, but honestly is there any league more unpredictable than the NFL? I’d wager that there isn’t! Follow me on Twitter @steakspeare and follow @LWOSports for all your sports takes and updates!