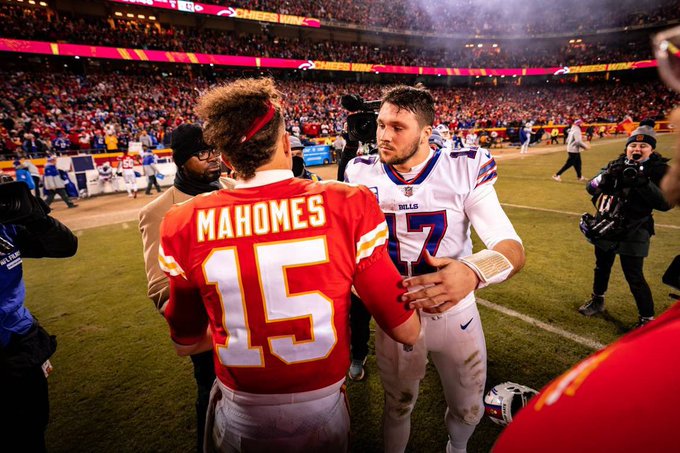 If you’re a fan of these weekly articles, then you’ll notice that we just went back-to-back with winning weeks and are 7-3 in the last ten picks bringing us to 13-12 on the year! Maybe you’re not retiring on these spreads just yet, but if you’re noticing the trend, you’re seeing that the breaks are finally falling. We lost on the Patriots domination of the Lions and some weird Monday Night officiating didn’t exactly help our KC pick, nevertheless, a win’s a win!

So what looks good this week? Can we pull off another winning week? Have no fear, Steakspeare is here!

This is clearly not appointment television, but this spread feels like it’s in the wrong direction. I can’t imagine anyone outside of Chicago has any faith in the Bears this year. Especially in close games, as this spread indicates.

Head Coach Ron Rivera took some heat this week for his one-word response to the differences in the outcomes of divisional rivals, by stating it was at “quarterback”. If we are really diving into the stats, Commanders quarterback Carson Wentz is a better quarterback in every major category outside of rushing than Justin Fields and I believe that is a major difference here.

This is a pick ‘em and we need to be on the side of the winner. All factors point to Washington here. The only quarterback who may be more talked about than Wentz at this point is Justin Fields and it’s not good press. It’s staggering though, Wentz actually is top five in the league in passing yards and passing touchdowns. Wentz is just controversial, isn’t he?

In another pick that features a team most people probably don’t have the stomach to bet, the Jags lately have just flat-out OWNED the Colts. Keep in mind both games were in Jacksonville, but in the last two games, they’ve won both and outscored the Colts 50-11. There are a few reasons why.

The Colts quarterback situation is shaky at best. It appears Matt Ryan has had his best days go by and Jags quarterback Trevor Lawrence is finally looking like the prospect he was drafted to be. Pair this with a Jags defense much improved and an injury-riddled Colts team and you have a trap game. I think a fully-healthy Colts team would win, but Jonathan Taylor is likely rusty if he even suits up and Nyheim Hines may or may not play due to a concussion. This also doesn’t factor in defensive team MVP Shaquille Leonard who has barely played so far this year.

This game comes down to one team just being significantly better than the other. The fact that this is less than a touchdown point spread is actually surprising. Now, to be fair, the Falcons are an astounding 5-0 against the spread this year, but all good things must come to an end!

The 49ers, since Jimmy Garoppolo has taken the reigns, have just been firing on all cylinders. The Falcons have looked good enough to not call “bad” but they’re not winning games and now face a team that seems to be the NFC favorite outside of the undefeated Eagles.

I think that this spread if it were a 49ers home game would be close to nine points and I don’t believe they will shrink just because it’s a road game in the south. The 49ers will show us they’re a real threat and continue this dominating streak while the Falcons show us that Marcus Mariota won’t take this team to the levels that fans and supporters deserve.

This is likely the Game of the Year to start the season. In the encore of the greatest playoff finish of all time, this year the Bills are the favorite on the road against a Chiefs team coming off a barn burner game on Monday Night Football against the Raiders.

Bills Chiefs is the best Rivalry in the NFL. pic.twitter.com/GkP0rlPcwA

It boasts two high-powered offenses loaded with stars like Josh Allen, Patrick Mahomes, Stefon Diggs, and Travis Kelce. The Chiefs are still a big team in this league and likely are the division winner in the AFC West, but the Bills are doing some absolutely absurd things to start this year. The Bills defense is significantly better than the Chiefs in terms of passing yards allowed which is a bad spot in this matchup to be.

This will be a fun game and one that I think the Bills take early and by a margin greater than 2.5 points. This is just one of those years for a team that may be right on schedule to be the next big team in the NFL.

Broncos country, let’s cry! This has been the most disappointing team in the NFL this year by far. Let’s not look at wins vs losses, let’s look at expectations vs reality. Head Coach Nathaniel Hackett appears to be learning on the job. Russell Wilson has apparently a big shoulder problem that he plans to play through and to make matters worse, they’re playing a third primetime game already which is the last thing you want to do if you’re a team that’s reeling.

This is a tale of two quarterbacks. Opposites that couldn’t look much different but share one key thing in this matchup: both are kind of banged up. Justin Herbert is still recovering from a rib injury that was clearly affecting how he played and now Russell Wilson is electing to play through an injury that likely requires surgery.

We are rolling with the Chargers this week because the offense and team as a whole just look more put together at this point. Until the Broncos show us something positive, we have to keep bringing up the negative!

The gambling game is a marathon, not a sprint. The first few laps had us gasping for air, but we are hitting our second wind! So make sure you hop on the bandwagon now! Most importantly, make sure you follow me on Twitter @steakspeare and follow @LWOSports for all your sports takes!