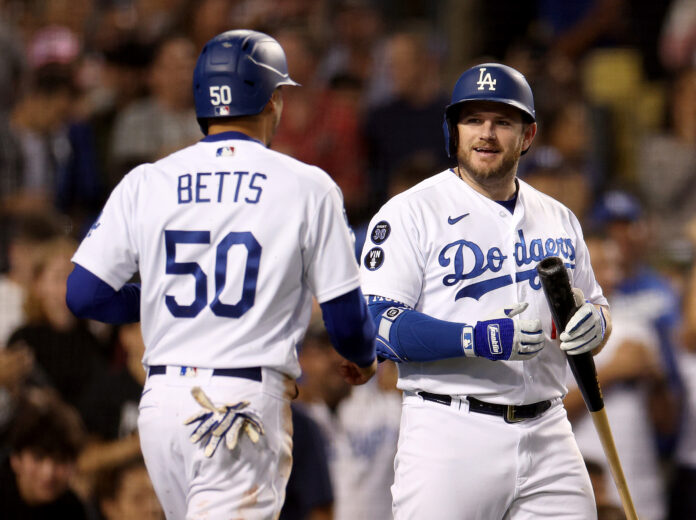 With the MLB playoffs just over 24 hours away, we will make our way through the bracket today and start defining each team’s strength and weakness. Does every team have a weakness? It may not be much of one, but if you look closely enough, you can find one, even if they signed one of this past offseason’s best available free agents.

Which team are you riding with? #Postseason pic.twitter.com/1f7MJUrziG

The Philadelphia Phillies ended their postseason drought on the back of a very potent offense, fronted by Kyle Schwarber and his National League-leading 46 home runs, and a solid top half of the rotation fronted by Zack Wheeler and his 2.82 ERA. Their outfield defense has taken a massive hit on the year with Bryce Harper having an elbow injury preventing him from throwing and limiting him to DHing, however, and their corner outfield defense is bad enough to cost them a game if it came down to it.

The San Diego Padres claimed the second Wild Card spot in the MLB Playoffs as yet another team with a solid offense. Fronted by defensive wizard Manny Machado and his career year, they have one of the top five lineups in this year’s MLB Playoffs. Their pitching will get them into trouble, namely the back end of their bullpen as they have blown 22 save opportunities this year, despite having what many believe to be one of the best closers in baseball.

The New York Mets held on tight to the NL East division lead for the majority of the season until being swept over the weekend by a team we will get to shortly. With one of the better rotations in baseball, fronted by future Hall of Famer Max Scherzer, it was no surprise that they were a 101-win team in the regular season. The true test for the Mets this postseason will come as their lackluster lineup has to face top-tier pitching night in and night out. They will not get to feast on teams’ fifth starters anymore.

The St. Louis Cardinals ended their massively historical season with a commanding lead in the lackluster NL Central. A team that perennially has one of the better defenses in the game, that can go a long way toward picking up an extra win or two. With two of their hitters, Paul Goldschmidt and Nolan Arenado, battling with each other for MVP votes, their lineup takes a massive dropoff after that. They do still have Albert Pujols, but he has only been a viable option in a platoon role. After their two MVP candidates, they do not have anyone that can get the job done in October.

The Atlanta Braves swept the Mets over the last weekend of the season to finally take control of the NL East and finish as division champions. Having three teams in the playoffs from that division is a testament to just how stacked that division is and how those teams will stand up against the rest of the competition.

This one is tough as the Braves, on the surface, do not have any clear weaknesses. They have one of the better offenses in the game, as well as one of the best pitching staffs in the game. If you dive deeper into the stats, you will find that the Braves batters combined to strike out 1498 times, the second most amount of times in baseball. The only team to strike out more than the Braves was the Los Angeles Angels with 1,539 strikeouts.

The Los Angeles Dodgers finished the year with the best record in baseball at 111-51. The Dodgers are another well-rounded team that can do it all. Their offense is stacked from top to bottom, and they have one of the deepest benches in baseball. Despite a couple of breakout performances in their rotation, their pitching has been ravaged by injuries all year and that could be something to watch as they try to win their second World Series in three years.

The Tampa Bay Rays have made yet another postseason with one of the smallest payrolls in baseball. Another team with a solid defensive mindset, they do not have much else to write home about. Their starting pitching is most suspect, as after Shane McClanahan and Tyler Glasnow, they do not really have any more viable starters. This will hurt them in October.

The Seattle Mariners made the MLB Playoffs for the first time since 2001, effectively ending the longest postseason drought in North American sports history. With one of the more consistent starting lineups in baseball, led by AL RotY candidate Julio Rodriguez, they can do damage against most of the rotations they will face in October. Once you get past the starting lineup, however, there is not much depth to be found on their bench.

The Toronto Blue Jays claimed the top Wild Card spot on the back of their extremely powerful lineup, led by last year’s AL MVP runner-up Vladimir Guerrero Jr. They hold one of the AL CY Young contenders at the top of their rotation in Alek Manoah, but after Manoah, their rotation takes a nose dive. That makes the MLB Playoffs a tough task for any team.

The Cleveland Guardians won the worst division in baseball running away. Hosting a lineup that includes perennial MVP candidate Jose Ramirez, and one of the better bullpens in the game, the Guardians have the potential to shock the world and make a nice run in the playoffs. They will need their starting pitching to step up, however, as they are yet another team who does not have the starting pitching depth necessary to take three games in a row if needed.

The New York Yankees came out of the gate hot and jumped out to a massive lead for the best record in baseball before cooling off down the stretch and finishing with the fifth-best record in baseball. Boosted by one of the better starting rotations in baseball, the Yankees could hold opposing teams to low scores. Has anyone mentioned that Aaron Judge has the new AL home run record yet? Once you make it past him, their offense is not much to be proud of.

The Houston Astros have once again made the postseason and they carry the best record in the AL as it sits at 106-56. One of the three well-rounded teams in this year’s MLB Playoffs, the Astros have it all, almost. They have the best bullpen in the game, a top-3 starting rotation in the game, and a top-3 starting lineup. In those facets that are top-3, they ain’t three. After their starting lineup, the production gets pretty scary and may come back to bite them late in October.

Strength: Pitching, all of it