Five years on from the Philadelphia 76ers’ infamous 10-win season – still the third-worst record in NBA history – it seems ‘The Process’ has finally brought the Sixers to the title contention they’d always dreamed of.

One of three teams competing for the top seed in the Eastern Conference late into the season, Philadelphia has played some of the league’s best ball in Doc Rivers’ first year in charge. All-Stars Joel Embiid and Ben Simmons, the cornerstones of the franchise rebuild started by former GM Sam Hinkie, have once again been the stars Rivers can rely on late in close games.

Embiid, in particular, is one of the favorites in the MVP conversation and one of the leading scorers in the NBA according to lwosports.com. The 7’1″ center has been unplayable for opposing defenses this year, averaging 29.3 PPG and 10.8 RPG. On defense he has been a stifling presence in the post who can erase opposing centers from the game entirely.

The only thing that may stop him from claiming the top award? Time on the sidelines with injury, which has been as much a problem this campaign as it was when he was first starting out in blue and white.

The Sixers in contention for major accolades will be all the more satisfying to their long-suffering fanbase because of the years they spent in the basement of the NBA. Four straight years of finishing either 14th or 15th in the Eastern Conference instilled a sense of pessimism around the Wells Fargo Center matched only by some of the unluckiest franchises in American sports. The 76ers’ title drought goes back to 1982-83, when Moses Malone led the team to glory on the back of his third MVP campaign.

But the arrival of Joel Embiid as the third overall pick under Hinkie in 2014 was the start of something, even if it wasn’t reflected in Philadelphia’s record. Preaching ‘Trust the Process’ – to many observers just a fancy rewording of ‘we’re tanking, get over it’ – Embiid would become the core of the starting five for the rest of the decade and beyond.

Although a scratch for his first season in the NBA with an ankle injury, the arrival of 2016 first overall pick Ben Simmons gave Philadelphia two stars where they’d once had none. Simmons’ vision, athleticism and constant triple-double threat combined with Embiid’s domination of the interior on both sides of the ball, and suddenly the 76ers had a new look about them.

This was no longer a team destined to rot in the Eastern Conference basement. All of a sudden they were a free-agent destination.

Jimmy Butler joining from the Minnesota Timberwolves in 2018 seemed like a strong move on paper – aligning Simmons and Embiid with a third star, and more importantly, a shooter. With Simmons famously reluctant to shoot from beyond the arc, Butler was the three-and-D wing to elevate the Sixers’ title chances. The Big Three would become a Big Four later that season, sending several first-round draft picks to the Los Angeles Clippers for Tobias Harris, but ultimately their title chances were ended in the most devastating fashion in Toronto.

With Butler leaving for the Miami Heat in free agency, the Sixers would then embark on one of the strangest experiments in modern basketball. After signing center Al Horford and rangy wing Josh Richardson, Philadelphia rolled out a ‘bully-ball’ starting five of Simmons, Richardson, Harris, Horford, and Embiid, an oversized team devoid of three-point shooting and devoid of chemistry. It was good for a sixth seed and a first-round sweep at the hands of the Boston Celtics. That season may yet go down as a bizarre footnote if the much-improved 2021 Philadelphia team wins a ring this year.

With Simmons, Embiid and Harris now joined by shooters Seth Curry and Danny Green in the starting lineup, this Philadelphia team under Rivers has the look of a team in rhythm. A team that knows its strengths and weaknesses to a tee. A team well-coached and well-balanced.

But their inconsistency in the playoffs has prompted sportsbooks to be cautious on Philadelphia’s chances of taking the next step this postseason. Despite their position among the top three seeds all season, the Sixers remain good value in the sports betting at asiabet.org when compared to the superteam Brooklyn Nets and playoff-savvy Milwaukee Bucks. Philadelphia float around +450 in most markets, a decent price for a team that may be yet to play its best basketball this season. Since the NBA belongs to the most important leagues in the world, the matches are extremely important to betting providers.

But to achieve their lofty goals of making the NBA Finals, those two major threats stand in their way out East. Giannis Antetokounmpo’s Bucks, after two years of playoff disappointment themselves, are lurking with intent around the top seeds. Elsewhere, the Nets with a clean bill of health would mean more offensive firepower than any NBA team in recent memory.

So much of the Sixers’ quest for postseason glory may come down to seeding. But if they keep Embiid and Simmons on the court and playing at their best, this could be Philadelphia’s year to put The Process in the rear-view mirror. 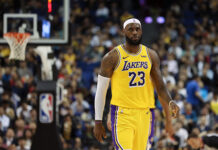 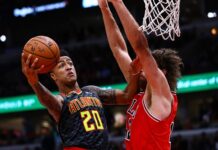