Over the course of the month, LWOSports will be breaking down the top five MLB players in franchise history for all 30 teams. This article will rank the top five Los Angeles Angels from least to best by who impacted the team the most during their tenure. You can check other team series articles here.

Rod Carew began his career with the Angels in 1979. This was before the Angels became the LA Angels and were named the California Angels. Carew batted an outstanding .314 during his time with the Angels. Carew was an all-star vote every year from 1979-1984. He avergaed a .393 OBP and surpased .400 multiple times during his tenure. Although Carew did most of his damage in the MLB with the Twins, he still had a profound impact for the Angels during his time. Carew was the defintion of a contact hitter. He no more than 3 home runs with the Angels and was kept under 60 RBIs every single year. This does keep him lower on this list, as his accomplishments were limited because of this. However, he was still one of the best hitters the Angels had ever seen and will always be in the memories of Angels fans.

Tim Salmon spent his entire career with the Angels traveling through all three of their different names. Salmon won rookie of the year in ’93 and never looked back after that. He totaled over 1600 hits in his career and averaged 98 RBIs for his career. Salmon wasn’t overally impressive in terms of average, but he was still a career .275 hitter. He knocked in over 1000 RBIs in his career and was an important part to the Angels for many years. Salmon is the defintion of ‘stats don’t tell the whole story’ as he was more than just a player on the field.

Vlad was with the Angels from 2004-2009 and boy did he have an impact when he was there. Vladdy batted .319 with the Angels and averaged 29 bombs and 103 RBIs. Guerrero was known as someone who could get a bat on anything, and that showed in his stats. He averaged just 64 strikeouts with the Angels which is an unbelievable number for as much as a power hitter he was. Vlad nearly won back to back MVPs in ’04 and ’05 and was a bonafide all-star in the league and one of the best hitters in the league in the mid 2000s. He won four silver sluggers and will be noted as one of the greatest hitters this league has ever seen,

As he was in the Texas Rangers top five, Ryan did not play his best games in California. But for Ryan, his average play is still pretty good. Ryan finished with an ERA just over 3.00 during his tenure with the Angels and struck out more than 2400, averaging 302 per year. He led the league nearly every year in Ks and consistently threw over 270 innings every year. There really isn’t too much to say about Nolan Ryan. He was simply a fantastic pitcher and one of the best to ever throw. He will not only go down as one the best Angels of all-time but will also go down as one of the greatest pitchers to ever play the game.

Is he the greatest to ever play? Is he the best player in the league right now? Well those are questions are debatable but what isn’t is that Mike Trout will go down as the greatest Angel to ever play. Already a two-time MVP and he isn’t even 30. Mike Trout has been a dominant force in this league since he was drafted 25th overall in 2009. His first big season was in 2012 where he finished second in MVP voting and won rookie of the year. two years later, Trout batted .323 and won his first MVP just four years into his career. Trout has finished in the top five for MVP voting seven of his eight seasons and is a seven-time all-star as well. Trout has averaged 37 home runs per season along with just under 100 RBIs. He is one of the most gifted players this generation has seen and will go down as one of the best to ever play.

Through relocation and name changes the Angels have been through a lot. They have developed some of the greatest players to ever play the game, along with having their fair share of legends on their roster. Those are my top five Los Angeles Angeles of all-time. Be sure to stay updated as LWOS continues to provide top five lists throughout the month of December. 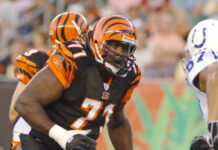 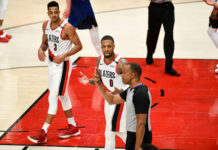 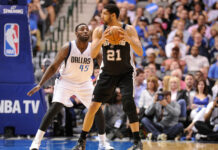