5 Premier League Newcomers to Keep an Eye On

Each year, the Premier League attracts some of the biggest names around the world. This summer, the Premier League gained the additions of some big names. This includes the likes of Alvaro Morata, Bernardo Silva, Serge Aurier, Alexandre Lacazette, Mohamed Salah, and many more. Along with the big names, there are many transfers that go somewhat under the radar. These players turn out to be diamonds in the rough for many clubs. Here are 5 Premier League new-comers (in no order) that could take the league by storm:

Pröpper became the club record fee for Brighton and Hove Albion this Summer. He is a name that is starting to appear at the international level, and one of the best fits for replacing Wesley Sjneider on the national side. Pröpper won the ‘15/’16 Eredivise with PSV as well as two Johan Cruyff Shields during his career in the Netherlands. The experience is something that Brighton will value and he will be key in orchestrating their midfield. Pröpper could be a player to help Brighton stay alive this season, and could catch the eye of some bigger Premier League clubs.

Newcastle Unitedadded Mikel Merino (on loan from Dortmund) this summer to provide depth in their midfield. However, in the three appearances he’s made so far, Merino has been one of the more influential players on the pitch, and may become a Newcastle regular. After winning the U19 European Championship with Spain in 2015, Merino caught the eyes of many of the top clubs in Europe. He completed his move to Dortmund in the summer of 2016, but failed to make many first team appearances. His loan to Newcastle may be just what he needed to start up his career. He’s a masterful dribbler and passer of the ball and could have his breakout season during this upcoming Premier League campaign.

After Stoke City lost one of their key players in Marco Arnautović, they needed someone of equal or better quality to replace him. Mark Hughes did just that as he acquired Jesé Rodriguez on loan from PSG. Jesé is a quick and competent dribbler and a player with bags of potential yet to be unloaded. After he failed to rise up the pecking order at Real Madrid, he ran into the same problem following his permanent transfer to PSG. Getting consistent playing time at Stoke could be just what Jesé needs to revitalize his career and prove a point. Jesé has hit the ground running, as he brought home all 3 points for stoke in a very difficult game against Arsenal.

Watford acquired Richarlison from Brazilian side Fluminense on a 5-year deal. At Fluminense, the 20-year-old exhibited blistering pace, ball control/skills, and finishing. Richarlison lit up the Brazilian Série A, earning himself a spot in the Campeonato Carioca Team of the Year. Richarlison adds pace to a side that was severely lacking it. His skill could be a key part of Watford’s success this season. With the dribbling and finishing skills he has shown so far, it is only a matter of time before Richarlison is under the radar of European giants. Richarlison has also already made an impact for Watford, scoring in their 2-0 win over AFC Bournemouth.

Mario Lemina joined Southampton on a 5-year deal and became the club’s record signing. He’s a robust, box-to-box midfielder who is capable of controlling the midfield. Lemina’s experience at Juventus could be something Southampton can use in order to give them the edge they’re searching for. Lemina is very versatile, and can play relatively anywhere on the pitch. This is a useful attribute for any player to have, especially in the physically challenging Premier League. Lemina will be able to slot right into the Southampton midfield and have lots of playing time at his disposal. While he isn’t the biggest goal scorer, he’ll be able to thrive in the midfield and dictate the play, making him someone to watch out for this season. 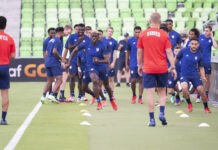 Can the USMNT get past the Group Stage in the 2022 World Cup? 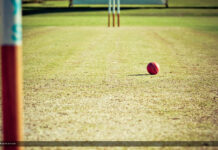