Abraham was one of the most sought after players in the Premier League this summer after an impressive season on loan with Bristol City. He was eventually lured to the Liberty Stadium by Paul Clement, and looks like a very good signing. The 19-year-old already possesses an impressive range of talents both physically and technically, and he could be a very good strike partner for Wilfried Bony.

Jese has had a difficult time of things since swapping Madrid for Paris at the beginning of last season. Having left Real to join PSG in an attempt to gain more first team football, the Spaniard failed to settle in France, and left to join Las Palmas on loan in January. A move to Stoke should suit both parties, with Jese desperate to get his career back on track, and given his goal and performance against Arsenal, he brings a vast amount of quality to the Stoke frontline.

A year ago, Sanches was perhaps the most talked about young player in world football. Having won the European Golden Boy Award and starred at Euro 2016, Sanches was expected to take the next big step with Bayern Munich, but things didn’t turn out that way. He failed to impress at the Allianz Arena, and moves to Wales in search of more first team football. His signing has been hailed as a major coup for Swansea, but Sanches’ confidence is at rock bottom, and based on his display against Newcastle, he is long way from the player who was so crucial for Portugal a year ago.

Many were surprised to see Zouma leave Chelsea, despite the fact he played only a bit-part role in their success last season. But their loss has been Stoke’s gain, with Tony Pulis able to bring in a top quality, old-fashioned defender with Premier League experience. The Frenchman may still not have properly recovered from a serious knee problem picked up over a year ago against Manchester United, but when he is at his best, there aren’t many better defenders in England.

Another man on loan from PSG, and another one who only moved to the French capital last summer. Having been so impressive for Sevilla during their successive Europa League successes, Unai Emery chose to bring Krychowiak with him when he moved to Paris. However much like Jese, Krychowiak failed to settle, and after making just 11 league appearances, the Polish international has headed for the Hawthorns. He is a player who suits Tony Pulis’ style though, and could prove an upgrade on former captain Darren Fletcher who left to join Stoke. His experience and ability to read the game is an excellent addition to the Baggies’ squad. 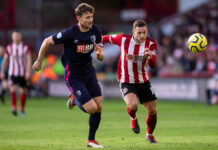 History of Soccer in Europe 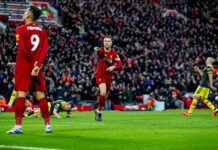 Jordan Henderson and His Journey to the Top 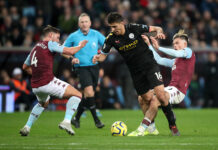 Being an NBA All-Star is an Individual Accomplishment

Being an NBA All-Star is an Individual Accomplishment