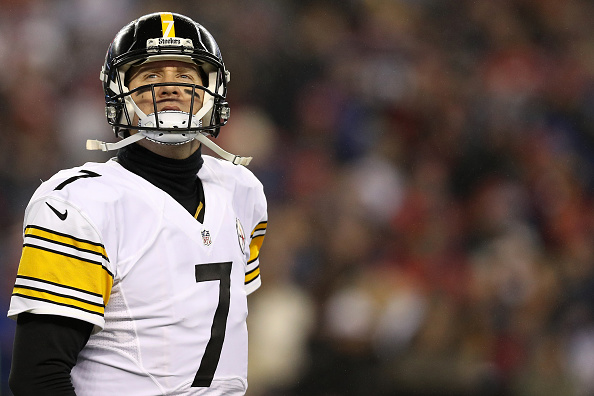 It is never too early to look forward to next year during the NFL offseason. The 2016 NFL concluded on Sunday night after the New England Patriots had a thrilling overtime win over the Atlanta Falcons for Super Bowl LI.

Ben Roethlisberger and his Pittsburg Steelers had a good 2016-17 campaign, coming within one win of the Super Bowl. The Steelers currently possess one of the scariest QB-WR-RB attacks in the NFL. Built of: Ben at QB, Antonio Brown at wide receiver and Le’Veon Bell and running back, the Steelers have three potential hall of famers all reeking havoc on the NFL. So why is Ben considering retirement?

At the end of the 2016-17 season Big Ben sounded unsure if we will return to NFL action again. “I’m going to take this offseason to evaluate, to consider all options” Roethlisberger said to a Pittsburg radio station when asked if he was going to play next year. “I’m going to take some time and evaluate with my family…and make sure its the right thing”.

Ben has dealt with many injuries over his career so it makes perfect sense that he might be scared for his long term health. Roethlisberger has never missed more than four games in a season but he has only played a full 16 game season, three times in his 13 year career as a starter. He had multiple injuries to his shoulder early in his career and over the last two years has sprained his MCL and torn his meniscus.

Ben already has a Super Bowl ring, and has a realistic shot at Canton. Regardless of his past Roethlisberger would be a detrimental loss for the Steelers and the league.

Where Will Alshon Jeffery Be at The Start of The 2017 Season?

Alshon Jeffery is more than likely going to hit free agency this spring and will become the most soughed after player on the market. The Bears current wide receiver is one of the leagues best talents at the position and will be looking to cash in on the open market. At 6’3″ Jeffery has good height and elite speed for a receiver, making him a threat every time the ball is thrown in his area.

The problem with Alshon has been his inconstancy. A separation between the Bears and Jeffery is probably what is best for both parties. Jeffery needs a change of scenery and the Bears are still in a rebuilding phase. The Bears and Alshon have been unable to agree to a long term extension after five years with the team, citing: injuries, inconstancy and a 2016, four game suspension for violating the NFL performance enhancing drug policy.

There have been talks this week of the Philadelphia Eagles wanting to acquire the rights to Jeffery. The Eagles have struggled to find any rhythm with their current wideouts and Jeffrey could be exactly what Carson Wentz needs. Other potential landing spots for Alshon include the Patriots or the Titans. If Jeffery were to land in New England, he could reunite with former Bears TE Martellus Bennet and help a contender get back to the Super Bowl. Tennessee is currently looking for a receiver that can make their offence even scarier. The Titans have a a good 1-2 punch with Mariota and Demarco Murray but lack a true No.1 receiver.

Where Will Deshaun Watson End Up?

Dabo Swiney threw the football world a curveball earlier in the week when he said “If (the Browns) pass on Deshaun Watson, they’re passing on Michael Jordan”. Swiney, the head coach of the Clemson Tigers made this audacious remark at the Senior Bowl and it has everybody wondering. Is Watson really that good? Watson is extremely mobile but he is going to have to make certain adjustments if he hopes to fit into a pro style offence.

Watson is in a three horse race with Notre Dame quarterback DeShone Kizer and North Carolina’s Mitch Trubisky to be the first QB drafted in 2017. However, Deshuan’s rating has been fluctuating recently. Earlier this year Watson won the College Football National Championship with Clemson but it was after falling short of winning the 2017 Hiesman Trophy. Many believed that Watson deserved the award over Louisville’s Lamar Jackson. Watson had two key attributes; a winning pedigree along with his incredible stat line. Watson also caused a stir when he was asked by the Browns to play in the Senior Bowl but declined.

Where Watson falls in the draft is anyones guess. Of the top 10 teams in this years draft, five could use a quarterback and Watson could very well be the answer.

The Titans are a quality football team and have the potentially to be a lot more than that after the offseason. They have the fifth most cap space in the NFL and two first round draft picks: 5th and 18th overall. The Titans play in debatably the worse division in football-the AFC South-and finished the year at 9-7. Five of those wins came from teams that made the playoffs (Green Bay, Detroit, Houston, Kansas City and Miami). This means that they have an amazing shot at making the playoffs and doing some damage in the coming year.

Going into the offseason, Tennessee is looking to address two key units:

Where Are The Raiders Going to Be Playing Next Season?

Raider fans everywhere are going to be watching their team very closely over the next few months. Everything was supposed to be finished as the Raiders move to Las Vegas became imminent. Then everything happened. First, Las Vegas got the promise of $750 million in public funds to build a new stadium. Then, two of the Raiders large investors for moving the team, pulled out of the relocation. Now, the Mayor of San Diego is open to having the Raiders play in his city. This comes off the heels of the Chargers move to Los Angeles.

The Raiders will end up in either Oakland, San Diego or Las Vegas and it is becoming harder to predict where. The Raiders move is the result of Oakland Alameda Colosseum being an unfit facility for the football team to play in. The problem with a move to San Diego is that Qualcomm Stadium (former home of the Chargers) is going to be in its 50th year of operation in 2017. If the Raiders were to relocate to San Diego they would remain stuck in their current stadium struggle. A move to Vegas is still possible but the Raiders franchise is likely going to have to look for new investors if they hope to bring the team to Nevada.

Luckily, where ever the Raiders begin 2017, their fans will follow streaking in the silver and black.