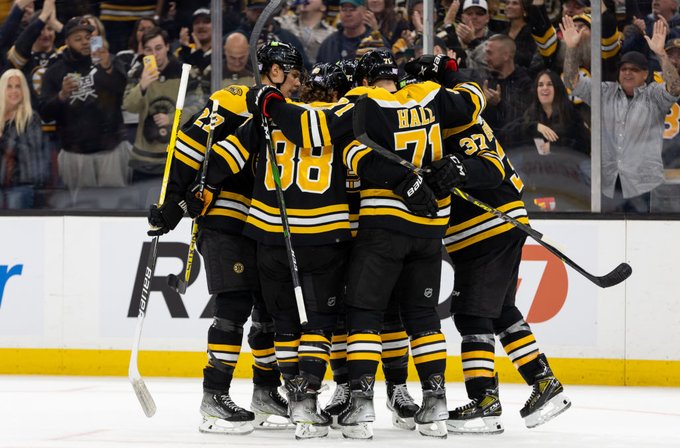 The Thanksgiving holiday marks the unofficial first quarter mark of the NHL season. As people in the United States sit down for their turkey, most teams have played roughly 20 games in an 82-game regular season schedule. This number of games is enough to call some surprises, trends, and early disappointments, realities.

Looking at the NHL standings there are plenty of both as we enter the second quarter of the year. There have been some surprises (Seattle Kraken, New Jersey Devils) and disappointments (Edmonton Oilers, New York Rangers). While it’s too early to proclaim these standings as indicative of what the rest of the year will look like, they can certainly help us identify who some potential Stanley Cup contenders are this season.

Could These Three Teams be Stanley Cup Contenders This Year?

The three teams that are evaluated in this article aren’t necessarily the three best in the league right now, nor are they ones expected to be the three best in April at the end of the regular season. This is more just a chance to stop and evaluate who the best three teams are at the one-quarter mark and if that team has staying power where they are currently in the standings.

Through 21 games played, the Boston Bruins have 36 points (18-3-0 record), tied for the best record in the league. They also boast a perfect 12-0-0 record at home, the only NHL team that can say they are undefeated on home ice through this point in the season.

The 16-2-0 Boston Bruins travel to Tampa Bay to play the Lightning on Monday night.

With a win, the Bruins would become the 2nd team in NHL history to win 17 of their first 19 games, joining the 1929-30 Bruins. pic.twitter.com/LAyRmW7dVN

Entering the year, many thought that the Bruins window was closing. For the better part of the past decade, they have been perennial contenders in the NHL, winning the Stanley Cup in 2011 along with two more Eastern Conference championships in 2013 and 2019. These runs were led largely by the same core players in the Bruins roster today, which makes it all the more surprising that the team continues to find other role players and compete at a high level in a conference that has plenty of depth.

The Atlantic division, which the Bruins currently lead by five points, has the defending Eastern Conference champion Tampa Bay Lightning, along with the Florida Panthers and Toronto Maple Leafs, all seen as legitimate Stanley Cup contenders this year. The Detroit Red Wings, who made plenty of moves this offseason, have also emerged as playoff contenders within their division. Yet despite all of this competition, it is the Bruins who hold a comfortable lead in the Atlantic at the quarter mark of the year.

Perhaps the most surprising contributor this season, and a reason why they are atop the Eastern Conference, is goaltender Linus Ullmark, who leads the league in wins (13), GAA (2.00), and save percentage (.935). These numbers are much better than his career statistics in GAA (2.63) and save percentage (.915). The start he has had is encouraging for Bruins fans, but it also raises the question of how sustainable this success will be for Boston through the rest of the season.

As the core of the Bruins has remained largely intact throughout their run, it has also meant that it is an aging core. According to Elite Prospects, the average age of the Bruins roster is 29.09, the third oldest in the league. While this does provide the benefit of an experienced roster, it also raises the question of how these aging bodies will hold up throughout the rest of the season. Having an early lead in the division helps, as the team can rest some of the veterans if needed with less pressure on each game to make the postseason.

Overall, this is a team that should still be expected to be in the postseason in April and contend for the Cup. They’ve been there before and despite the age, there is enough leadership on this team to keep them in the Cup conversation throughout the regular season.

So far this year, the New Jersey Devils have had the longest winning streak in the NHL at 13 games. This has propelled them to a tie for the best record in the NHL with 36 points through 22 games. However, are they just a product of one win streak in a short sample size? Or is this team truly a Stanley Cup contender?

The New Jersey Devils have been in “rebuilding mode” for a while now. Since losing in the Stanley Cup finals to the Los Angeles Kings in 2012, the team has only made the postseason once and did not advance past the first round. This has allowed them to continuously have a high pick in the NHL entry draft and put themselves in a position to eventually contend in the Eastern Conference, though many didn’t expect that it would happen this early.

Leading the team in goals (11) and points (25) is 2019 number-one overall pick, Jack Hughes. The center from Orlando, Florida has been compared to Connor McDavid, Jack Eichel, and other highly anticipated draft picks. This is his first full season playing in New Jersey and it is fair to question whether he will be able to keep up this production throughout the rest of the year. Still just 21 years old, he will need some help from his supporting cast to keep the Devils atop the Metropolitan division.

Overall, this seems to be the theme for the Devils when looking at the first quarter of the season. According to Elite Prospects, the average age of their roster is 26.17, good for the eighth youngest in the league. It’s fair to expect many of these young players to have improvements over this past year, but it is reasonable to expect that they all have career years to keep this team at the top of the division?

New Jersey does appear to be a playoff team, particularly as other contenders in their division such as Pittsburgh and Washington have slower started with aging rosters. However, this is not a team that should be expected to be a contender for the Stanley Cup just yet. The Devils are in the phase of the rebuild now where they make the playoffs but need the experience to truly make a run at the Cup.

Since their entrance into the league as an expansion team for the 2017-18 season, the Golden Knights have been one of the most successful franchises in the NHL. In their first year, they made it all the way to the Stanley Cup Finals and have made the playoffs each following year except for this past season.

A part of their early season success has been the emergence of center Jack Eichel. The team traded for him for the 2021-2022 season, but injuries kept him from making much of an impact on the team. This hasn’t been the case during the current season. Eichel has scored 11 goals and had 15 assists through 23 games this year. This type of production throughout the rest of the year would have him flirting with a 100-point season, the kind of contributions they expected when trading for Eichel.

Similarly, the team has had a lot of contributions from defenseman Alex Pietrangelo. His 18 assists through 23 games lead the team and have helped make the Golden Knights one of the best offensive teams in the league. In 80 games played last year for the team, Pietrangelo had 44 points. He is now almost halfway to that total through just a quarter of the season.

Heading into the year, the Pacific Division was looked at as the weakest of the four divisions in the NHL. The only two teams that were seen as real contenders were the Calgary Flames and Edmonton Oilers and both have had mediocre starts to the year. The Golden Knights already have a 10+ point lead on these teams at the quarter mark of the year. Vegas could once again be a favorite in the Western Conference to reach the Stanley Cup finals.