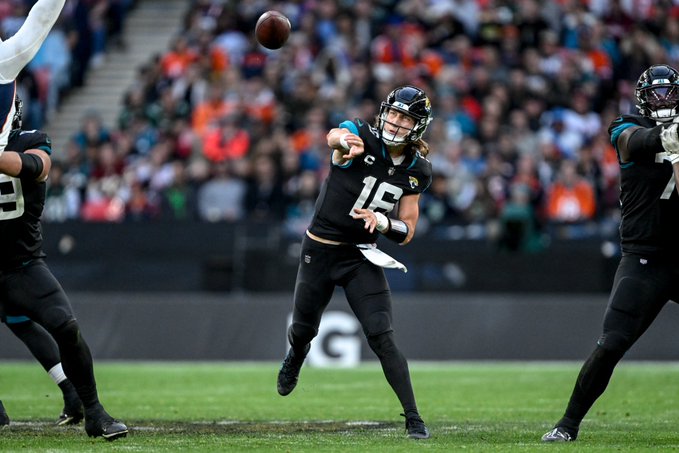 There are many famous clowns in our world. Ronald McDonald, Bozo the clown, IT, and many more. Add Steakspeare to this list of fools! Steakspeare’s Spreads went 1-4 last week and now we sit at 20-20. I’m not gonna lie, this is a difficult task, but one we are prepared to see through even the lowest of lows. These are five winners this week.

Through Week 8, we are .500. A Half-of-Fame-caliber statistic, but only in baseball. This is it everyone, the new streak! Get those wallets out and those tickets ready! Here we go!

This is normally too large of a spread to feel comfortable betting but there are two reasons why you should. The first is, this is the NFL, not college football, so the likelihood of a double-digit spread hitting isn’t high enough to worry me out of the bet, subjective I know.

The second is, this year double-digit home underdog spreads are 3-13 meaning of the 16 games, only three teams covered these large spreads. Take the side of the large home underdog here. These guys are paid professionals who won’t be humiliated on national television. Eagles win, Texans cover.

That’s the worst among QBs drafted No. 1 overall through 25 career starts in Common Draft Era. pic.twitter.com/ApUbSa2rHL

The Jaguars were on the wrong side of a back door cover, but that’s why I like them here. This has been a team that is in every game and has the ability to beat anyone, they just haven’t made that step yet.

The Raiders, on the other hand, have to be the most inconsistent team in the NFL and are massively overrated to date. I think Jags being a home underdog isn’t a good bet for the house, but a great bet for the consumer. Bet the 401k here! Ok bet responsibly, but this is the bet of the week here considering the trajectory these two teams have been on this year.

The surprise team of the year are the Seattle Seahawks and this week they play a Kyler Murray-led team coming off a new Call of Duty game release this past week. All jokes aside, I like Seattle to steal one here.

I just don’t believe in the Cardinals. They’re a shaky team that appears to have a rift at the quarterback/coach relationship point as well as an owner and management team that don’t feel committed to the star. Meanwhile, Seattle is all in on the Geno Smith story and the team has had one of their better drafts to date with players like Kenneth Walker and Tariq Woolen. Take the points and look for Seattle to win outright.

Talking out of both sides of my mouth here, Chiefs as double-digit home favorites is absolutely the side to be on. The Titans either start Ryan Tannehill or a rookie against a Mahomes-led team that now has a fancy new weapon in Kadarius Toney.

The Titans are an old-school football team playing against a team that is the epitome of new-school football. I think new beats old and by a landslide here. The Titans outside of Derrick Henry lack a credible set of weapons in a league that has become more offensively minded. This should be a bet that makes you sweat but wins you money.

The Ravens have made some moves in an effort to improve their middle layer of defense. The addition of Roquan Smith will immediately benefit this team that was lacking some credible defensive stars. Now a middle linebacker isn’t an end-all-be-all fix for a team in today’s NFL. The Saints also give off a very inconsistent vibe and are currently in a dogfight in the worst division in football to stay relevant since the departure of Sean Payton. The Ravens keep the momentum moving in the right direction and handily take care of the Saints on the road.

This week we make money! No more pushes! We need the positive momentum that will bring in the bottom dollar. Most importantly, we need these teams to cover the spread! Follow me on Twitter @Steakspeare and follow @LWOSports for all your sports takes and debates.