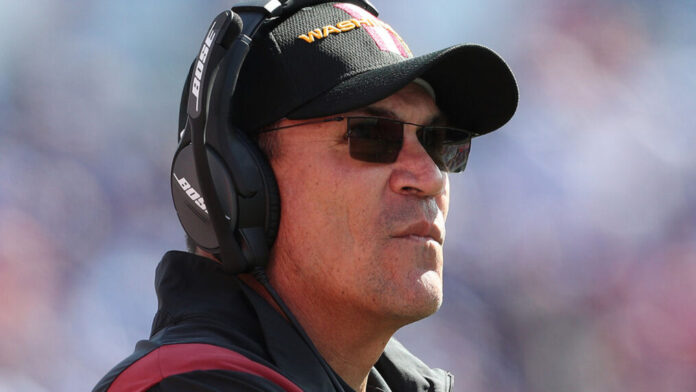 The NFL is a “what have you done for me lately” league. It may as well stand for “Not for long”. It seems like head coaches are always on the hot seat. The position maybe the most scrutinized outside of quarterback in the entire league. You could be on the highest of highs one year and in the depths of despair the next. Some come down to X’s and Os, others the dreaded injury bug. It doesn’t matter though, you are one of 32 on planet Earth who is an NFL coach, so the standards are HIGH! So which five need a break that goes their way and which ones may just be doomed? Have no fear, Lastwordonsports is here!

Odds are available for the first NFL head coach to be let go this season. Matt Rhule is the favorite at +400, followed by Mike McCarthy and Kliff Kingsbury.https://t.co/MUkiOOu7Np

If you were a fan of college football and a Carolina Panthers fan, you were likely intrigued by the hire of Matt Rhule. Rhule took a Baylor program that was all but dead and took them to a Big 12 Championship. Going from 11 losses to 11 wins in just two years, the talent to build a program/culture clearly was there, so when the NFL came knocking, Rhule jumped. He had some big shoes to fill replacing Ron Rivera who took the Panthers to a Super Bowl in his reign, but fans were excited by the hire, especially going from a defensive head coach to an offensive-minded play-caller. Rhule just hasn’t popped.

In a division dominated by Drew Brees and the Saints, Matt Ryan and the Falcons to the now Tom Brady and the Buccaneers, the Panthers have just never been relevant since Rhule took over. Now there are a lot of factors for why this isn’t working, but the reality remains in the NFL if you don’t win you are replaced.

The division is an open race it seems this year. The Saints are in the post-Sean Payton coaching days, the Falcons are doing the same post-Matt Ryan and the Buccaneers are having a less than stellar offseason/preseason while also transitioning coaches. Rhule has a new quarterback in Baker Mayfield that he needs to help change the Panthers. He either wins the division, or he will ultimately be a footnote in the team’s history.

It is just more difficult coaching a team in New York. You’re located in a media hub of the United States, a melting pot of cultures and backgrounds. You’re also in a city with eight professional sports teams in the four major sports of the US. Please read that again. EIGHT PROFESSIONAL TEAMS. You have to win here, and unfortunately, to date, Robert Saleh has not with the New York Jets. We are going into year two of quarterback Zach Wilson, who had an American Pie-style offseason story (google it), and a defensive head coach whose team gave up the most points in the league in a city that has a large media presence.

This is not a good look for a major sports team and it falls on the coach. Now I will also note that this team had a great offseason for acquiring talent, but this is due in large part to needing a reason to blame Saleh for a bad year and moving off him. This will be Saleh’s best team to date, but he plays in a division with the Super Bowl favorite Buffalo Bills, arguably the greatest coach ever in Bill Belichick with the New England Patriots, and a newly intriguing Miami Dolphins. I hate to be “that guy” but I don’t think he survives this year barring something unforeseen.

There are organizations within the NFL that always seem to end up on these styles of lists. The Washington Commanders is no stranger to controversy and rumors surrounding head coaches. Ron Rivera was brought in to change a culture that to date hasn’t been fixable in quite some time. It ultimately is a chaotic organization that seems to always be in the news for something that isn’t football related. Now factor in a defensive head coach in an offensive-leaning league with some outside-of-football health concerns, and this team has underperformed.

Rivera is a good head coach who was tasked with an unwinnable situation and now has to figure out the enigma that is quarterback Carson Wentz. I just don’t see a defensive head coach helping to turn around the quarterback play of Wentz and I don’t trust the organization to do right by Rivera and let him continue to mold the culture and for that, he will be let go. This league isn’t fair and outside of a division winning season, Rivera is one of many head coaches that won’t survive Black Monday.

It’s not often playoff teams have head coaches that would be considered on the hot seat, but Dallas isn’t normal. This is the most valuable sports franchise in the entire world, valued at over $8 billion. Mike McCarthy just doesn’t fit what the Dallas Cowboys are. He has some concerns in the areas of football that get overlooked including penalties and time management.

He also has the most vocal owner in the league, Jerry Jones, who has come out in the past and shown his support of his head coaches, while also stating weird things like “If I thought changing out men at any level would improve us, I would change it out” via Jon Machota of The Athletic. The rest of that quote was going on about no big names available on the market meaning even Jones knows that he lacks the Cowboys flash that is expected in this position.

It’s not out of the question to say that if this team doesn’t win multiple playoff games with this roster McCarthy could be done coaching “America’s Team”. Thanksgiving’s Cowboy game may be a lot more about how McCarthy is doing and less so about the actual players.

The Los Angeles Chargers are just not performing the way you need to with a star quarterback. You have an offense loaded with weapons both inside and out, a defense that also is loaded with generational talent and almost nothing to show for it. Oh, by the way, your neighbors the Rams are having tons of success in the same town. Now, you also are playing in the toughest division in the NFL, but honestly, so are the other teams in that division and they all have had more recent success than the Chargers.

Time to face the reality Chargers fans, Brandon Staley has to do something different this year aside from going for it on fourth down. He has to win against the toughest opponents in his conference who also happen to play in his division. This team has the burden of great talent. You have to capitalize on the talent that you have in a results-driven business like the NFL. It’s time to take that next step Staley or someone else will be put there to do so.

Do we agree or disagree that these five head coaches have the hottest seats in the league? The NFL has an average of 5-7 openings a year and these seem to be the easiest to predict. Some seats are hotter than others but the reality remains in the NFL. Win, or go home!