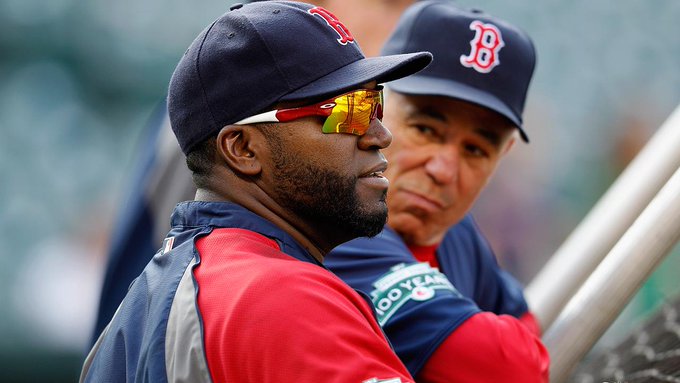 This season’s Boston Red Sox team has been, in a word, frustrating to watch all season. I get it, the injuries have mounted, the trade deadline provided more questions than answered (an area I explored earlier this summer), and overall team defense/pitching has been pretty substandard.

But, within the last few years, this team doesn’t even crack my top five of frustrating teams that Boston fans have had the displeasure of cheering for in the last 15 years or so. Some of these teams faced bad luck by way of injury and other mishaps, bad chemistry, flat-earth-fueled bad chemistry, and woefully unprepared leadership.

Without further ado here are the teams that were so incredibly frustrating for fans in the six New England states in recent memory.

The 5 Most Frustrating Boston Sports Teams in Recent History

Since the MLS’s inception in 1996, one team has been to multiple MLS Cups and has come away with exactly none of them. That team is the New England Revolution.

Five times the bridesmaid (including three in a row) and never the bride. In 2021, things were certainly looking different than in past seasons.

That year’s team was finally going to be the one to break the Revolution’s snakebitten ways in the MLS Cup. They had Matt Turner in the net, Gustavo Bou, Carles Gil, and Andrew Farrell.

This team had led the conference the entire year and looked like a freight train headed into the postseason. Then, with a lengthy bye break heading into the conference semifinals, the wheels of that train came off in an incredibly frustrating fashion.

Headed into extra time tied at one, opponent NYCFC scored in the 108′ to have a 2-1 advantage. Then, 10 minutes later, Tajon Buchanan brought the Revs back with a brace in the 118th minute.

Then in penalty kicks, NYCFC buried all five of their attempts, and New England only managed three successes. And that’s how their season ended.

To make matters worse? NYCFC’s home pitch is Yankee Stadium. That alone should’ve been a sign for New England fans to be nervous.

This team started its offseason by trading away their top scorer, Tyler Seguin and they still got better. This Boston Bruins team were world-eaters and they cruised through the regular season.

They tallied 54 wins and then dispatched the Detroit Red Wings in five games. Then, in the conference semifinals, it all came to a halt thanks to le bleu, blanc, et rouge.

This Bruins team is a strange anomaly. Losing your best player and getting better doesn’t happen much, despite what Bill Simmons and his Ewing Theory may throw your way.

This Bruins team was just so solid up and down the lineup. Jarome Iginla came aboard and scored 30 goals, and David Krejci had 50 assists to lead the team in scoring. Even crazier, Reilly Smith, who many Bruins fans didn’t exactly embrace post-Seguin trade, had 51 points himself.

This balanced Bruins team looked like the makings of a legendary team — until an old foe came back in for a playoff series that ended in a seven-game OT finish knocking the Bruins out of the playoffs despite the regular season heroics.

To make matters worse, a brawl nearly ensued in the handshake line thanks to Milan Lucic’s lack of sportsmanship post-game. SB Nation breaks this down wonderfully in a Beef History episode that is well worth watching.

The following season saw the Bruins miss the playoffs and take a nosedive in scoring and defense.

Let’s be frank, the short-lived Kyrie Irving administration in Boston was frustrating almost from the beginning. It began with a bang, then some fireworks until it ultimately went out with a fizzle.

Irving’s final year on the parquet started with a pre-game speech before a preseason game saying things like how important it is to have his number retired in Boston and that he intended to re-sign with the Boston Celtics.

By midseason, that intention had soured leading to what we now know as a tumultuous tenure in Brooklyn. Irving had said things like the team needing a 14-year veteran in the locker room to be a leader on the team. This of course overlooked his own seven years in the league, 11-year stalwart Al Horford, and eight-year vet Greg Monroe down the stretch.

Aside from Irving, the Celtics just couldn’t get the mix right. Gordon Hayward had a very disjointed year off the bench after getting hurt in the season opener the previous year.

When the dust settled, Irving left for Brooklyn after a second-round gentleman’s sweep at the hands of the Milwaukee Bucks. The Celtics the next year went to the Eastern Conference Finals in the bubble.

This one was a doozy. Let’s begin at the beginning with three important things to know going into the year.

Tom Brady is on the way back from knee surgery, the team’s draft that year looks like a class of dicy, but potential-laden players, and team captain and future Hall of Famer Richard Seymour got traded to the then-Oakland Raiders right before the season starts. That’s a lot of storylines coming into a season.

Then as the year wears on, the 2009 New England Patriots don’t quite look like the Patriots of recent vintage. Brady looks rusty, and the team just can’t get it going with real consistency.

They lost to a Josh McDaniels-helmed Broncos team, they inexplicably went for it on 4th & 2 against Indianapolis deep in their own territory which they failed to convert, and got blown out on Monday Night Football the week after Thanksgiving against eventual Super Bowl champions, New Orleans.

Then on a snowy morning on December 10th, four players (Randy Moss, Gary Guyton, Derrick Burgess, and Adalius Thomas) show up late to practice. Their subsequent dismissal from practice leads to Thomas talking to the media about playing in New England which referenced the Jetsons and the infamous Route 1 traffic.

No player talked about practices and conditions in Foxboro before and really since unless you count captain no-fun, Cassius Marsh.

In the regular season finale, Wes Welker tore his ACL, giving way to seventh-round draft choice Julian Edelman playing in his place. In the end, the Patriots got molly-whopped by the Baltimore Ravens at home in the Wild Card round.

Oddly, this season is the only one that coach Bill Belichick ever agreed to have taped by NFL Films as part of his A Football Life Special. It’s a fascinating watch by any stretch, with highlights that include Moss asking if the hoodie-favoring coach wanted in on the Halloween party, and a thought-provoking sideline conversation in New Orleans between Belichick and Brady.

This is the soap opera-est of seasons New England sports fans have ever seen. It starts with an offseason ignited by the local scandal known as “Chicken & Beer,” the hiring of Ben Cherington and later Bobby Valentine, and just a bunch of crazy things over the course of the next several months for the 2012 Boston Red Sox.

Bobby Valentine has his regrets from his time managing the Red Sox. https://t.co/2gmsUo5p08 pic.twitter.com/GLkbvjupcj

Valentine’s opening press conference, a disaster that felt more like foreshadowing as time wears on, really highlighted just how much baseball and communication within the game had changed in the years since he last managed. With a clubhouse filled with so much personality, kerosene was maybe standing too close to a book of matches at Fenway Park.

In Spring Training, Valentine alienated the team by calling out Kevin Youkilis and his effort. This led de facto team captain Dustin Pedroia to claim that “that’s not how we do things here.”

As Youkilis was later traded to the Chicago White Sox, his replacement, top prospect Will Middlebrooks comes up and hits well, but has some interesting defensive miscues. This leads Valentine to say to an already feeling down Middlebrooks to be sarcastically told by his manager, “Nice inning, Will.”

Then, team President Larry Lucchino pens a letter to season ticket holders about keeping the faith with this team despite the early struggles. Reading this letter today seems like baseball Stockholm Syndrome and not exactly winning franchise behavior.

Later that season, Valentine makes headlines for actually verbalizing that didn’t trust his coaches, showing up late to a road game so he could pick up his adult son at the airport, and having to deal with swirling rumors that his players were going to the front office to generally complain about playing for him.

At the end of the year, the Red Sox fired Valentine, hired John Farrell, built a band of bearded brothers who helped heal the city following the 2013 Boston Marathon bombing, and won the World Series.

(NOTE: NBC Sports Boston just produced an outstanding documentary on this season. It’s in several parts, but fully worth your time.)