The Green Bay Packers entered day two of the NFL Draft with the 62nd overall pick in the second round and the 92nd overall pick in the third round. They ultimately traded up in the third round to seize the 85th overall pick. After drafting a glaring need with cornerback Eric Stokes with the 29 overall pick, it would be interesting the direction the Packers would go with their next two picks. Those two picks ended up being positions of need with center Josh Myers and wide receiver Amari Rodgers. It ended up being a pretty good two days for the Packers when it comes to the draft.

The Green Bay Packers knew the cornerback position was a need for this team and they showed urgency in getting that filled in round one. Round two was questionable in terms of what position they should address next. With their first pick on day two, the Packers addressed another need by drafting center Josh Myers from Ohio State.

It makes a lot of sense given the Packers failed to sign back All-Pro center Corey Linsley. Now, they replace him with a true center in Myers. Drafting a true center gives the Packers even more flexibility in being able to move versatile Elgton Jenkins all over the line.

Myers played all 1,511 snaps at Ohio State and in that time, he’s only allowed six sacks on 755 pass-blocking snaps. That number is pretty remarkable given that he was playing in the Big Ten, where there’s a wealthy amount of teams with great defensive fronts and linebackers.

Myers also led all center prospects in yards before rush attempt. What might even be more impressive than all of this is the fact that he hasn’t committed a holding penalty at all last season. He has a lot of experience while playing at THE Ohio State University. This program has been highly successful for years and if you are a multi-year starter, you must be doing something right.

So the Green Bay Packers filled two positions of need in the first and second round. Many believed the Packers needed to fill a hole at either wide receiver, linebacker, or on the defensive line. They did in fact draft one of those positions with their third-round pick as they drafted wide receiver Amari Rodgers out of Clemson.

Not only did the Packers draft him but they traded up with the Tennesse Titans from the 92nd overall pick to the 85th overall pick. They saw a perfect opportunity to pounce on a steal before anyone else did. Rodgers was a brilliant pick for the Packers, who finally got their receiving threat alongside Davante Adams.

Rogers can line up in the slot, where Aaron Rodgers (assuming he stays) has had success with other receivers. 85 percent of Amari Rodgers’ targets last season came in the slot. Meanwhile, 31 percent of Aaron Rodgers’s attempts were targeting the slot. It’s very interesting because many have compared him to Randall Cobb, who was one of Aaron’s favorite receivers in his time there and who has had a long and successful career in Green Bay.

Last year at Clemson, Rodgers 77 passes for a total of 1020 yards and seven touchdowns. He played a huge part in Clemson making the National Championship in 2017 while winning it all in 2018.

Not only can Amari handle the receiving position but he also can handle kick and punt returns. He has handled 68 punts for 529 yards and a touchdown. Rodgers said he’s “very comfortable” and that he would like to continue returning kicks/punts. That’s great news for the Packers because they’ve had big trouble in that department over the last several years. It looks like they’ve found their returner of the future.

The Packers have filled positions of need so far through three rounds. There’s a lot to like about this draft so far and trading up to get Rodgers was the icing on the cake for many. There are many more picks to dissect, but what they’ve done in the first three rounds is telling about the direction this team is going. The quarterback situation looms large in the Packers’ plans but whether it’s Rodgers or Jordan Love, the Packers would love to run it back in 2021-22. 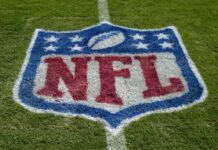 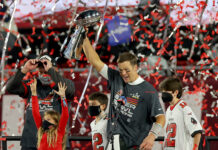