Starting the top five recruit list is 6’5 tight end Arik Gilbert. He’s a strong player with a lean frame. He is a great pass catcher that can go up and get a ball. These are some great traits to have if you’re a tight end. Also, his physicality allows him to match up with just about anyone. His unique skill set makes him second to none and LSU is lucky to have a player like him.

Kelee Ringo is a cornerback smaller corner but strong. He has very explosive speed and can cover any type of receiver. Ringo is physical and aggressive. Georgia adds a very strong piece to an already great defense under Kirby Smart. Teams will hate the play against this guy and will have a tough time adjusting to his game.

Ohio State signed a couple of five-star receivers with one of them being the best in his class in Julian Fleming. His athleticism is like no other. He has the size, strength, speed, and physicality to go against anyone in the league. The red-zone is where he thrives at and will be an instant difference-maker. Ohio State already has an explosive offense and adding Fleming makes them even more formidable.

Bryce Young is the best quarterback in the 2020 class. He’s a dual-threat quarterback so that means teams don’t only have to watch him through the air but also on the ground. Young might need to add some size and strength before the season. He can escape immense pressure and can get the ball out quickly. For a duel threat like Young, his deep ball and accuracy on it is really good. His comparison has him with the likes of Russell Wilson. He will have a lot of pressure on him playing for Alabama but if a school can turn a quarterback into a star, it’s Alabama.

The number one recruit in the nation belongs to Clemson. The 6’5, 290-pound defensive tackle has the perfect build. Bryan Bresee has elite speed off of the line can stop the run with the best of them. His quick hand also allows him to get off of the edge and explode. Toughness is a trait you have to have in this business and he’s got it.

A lot of these 2020 recruits have a basketball background of some kind and that helps a lot with athleticism. There are only two other schools other than these five to get a top ten recruit and that’s Oregon and South Carolina. Nobody knows when these top schools will finally fall to other schools but in the meantime, they remain at the top with recruits. 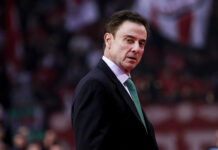 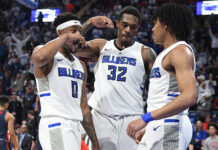 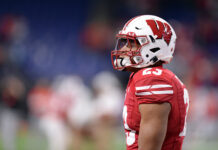