The Green Bay Packers are having a very good season so far and it shows with their 8-2 record, including three wins over division opponents. The Packers have a handful of players that are high on the list in the Pro Bowl voting, including five who lead their respective positions. They look to keep these guys together for years to come. A trip to Orlando would be great for players but they hope to skip the Pro Bowl for a more important game a week later.

David Bakhtiari has been one of the best offensive linemen for a long time in the NFL. He’s been recognized as the best with his blocking and pass protection when his quarterback Aaron Rodgers needs time to scramble. He’s played in all ten games this season and has been an important part of this offense. Bakhtiari has been on the NFL’s top 100 list twice and surprisingly was named to only one Pro Bowl. This season, he leads the Pro Bowl voting at his position and is having another great year for the Packers.

The Packers signed linebacker Preston Smith to a four-year, $52M deal this past off-season. They were looking for him to help the defense dramatically and he has. He’s played all ten games and leads the Packers with ten sacks. He also has 26 quarterback pressures, 18 quarterback hits, and 41 tackles. He has formed a great duo with linebacker Za’Darius Smith as those two are top five in combined sacks. Preston has shined all season and he isn’t done just yet.

Adrian Amos is another player that the Packers signed from free agency. They signed Amos to a four-year, $37M deal. He was with the Chicago Bears last season but fans quickly embraced him when he turned on his former team and he’s been helping the Packers get better on defense. Amos has only one interception and that was against his former team but he is doing much more. He has 53 tackles combined tackles with 41 solo tackles and he’s only missed two tackles the entire year so far. He’s what the Packers needed. A Pro Bowl in his first year with his new team would be impressive, especially since he’s never been to one.

Kickers are getting more and more recognition in the NFL. They are more important than ever to their teams. If you don’t have a good kicker, it could cost you games or a season. Just ask teams like the Bears and the Minnesota Vikings. Nobody knows how long Mason Crosby will still be playing but he’s still going strong. He’s played all ten games so far and in those games, he has only missed one kick. Crosby has made all 29 extra-point attempts and has made 13 of 13 field goals. The longest field goal he’s made this year is 54. This is all coming off one of the worst years of his career. He’s been reliable for the Packers over the year’s and this year is no different.

Punter is not the most popular position in the league but it’s more valuable than people think. J.K. Scott has been great for the Packers and has been way more than they’ve been asking for. He’s really improved from a year ago and believe it or not he’s been one of the best in a Packers uniform so far this season. He’s had 47 punts this season resulting in total yardage of 2,157 and his longest punt has been 66 yards while averaging 45.9 yards per punt. When needed, he has pinned opponents back forcing them to try to go the distance and they haven’t been able to because of Scott. He has great form and technique while punting and that’s the key to his success and why he leads punters in the NFC.

The season is nowhere near over but the Packers sit at a great position at 8-2 and have five guys that lead the Pro Bowl voting in the NFC. If the Packers keep this up, they will have more than five and will be in a great position for the rest of the year and into the playoffs. As noted before, taking a trip to Orlando would be great but taking a trip to Miami would be even better. 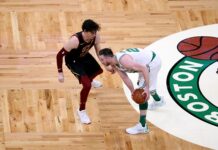