We are just under a week until the 100th season of the NFL kicks off when the Green Bay Packers travel to take on the Chicago Bears. The most interesting odds to look at are super bowl odds and who is going to win it all. Next on this list is probably the MVP. These lists get a lot of discussion going but it makes for an interesting story. Patrick Mahomes won the MVP last season in his first year as the starter for the Kansas City Chiefs. We’ll take a look at the five best odds to win NFL MVP.

Mahomes won the MVP a year ago with the Chiefs and now is the favorite to win it again. A very strong 2018 season awarded him the MVP and there are no signs of slowing down. Last season, he had 50 touchdowns to 12 interceptions and threw for over 5,000 yards. These numbers look great so is it possible for him to repeat his performance? If he does or goes beyond these numbers then he might win back-to-back MVPs.

Aaron Rodgers is yet again in the mix for MVP and why wouldn’t he be? When healthy, he puts up great numbers and leads his team to the top. Many people believe he is declining and he isn’t close to what he used to be. Well, these odds say otherwise. He has a new coach in Matt Lafleur that brings a lot of new plays to the table. He will try to prove people wrong and lead his team to the promised land and it all starts in the spotlight on Thursday Night Football.

Carson Wentz was out with a fractured vertebra towards the end of the season and into the playoffs. The Philadelphia Eagles went into the playoffs with Nick Foles under center and won the wild card game. With Wentz back, the Eagles believe they can go even further. Before getting injured in each of the past two seasons, he has been in the MVP discussion and might have even won it once. He has the weapons and surely will look to do some damage.

Drew Brees has the same odds to win MVP as Wentz does. Brees has been in the discussion almost every year he has been in the league. He was neck and neck with Mahomes last season and maybe even would have won it but the last few weeks of the season didn’t look too good. This year he will look to sustain success for the whole year with the New Orleans Saints. Brees will have a star at wide receiver for hopefully the rest of his career in Michael Thomas. He was throwing to players we haven’t even heard of last year and he made them a name. Brees wants to win his first NFL MVP before he retires.

He is still at it. Tom Brady is 42 years of age and he is in the top five for MVP. The reigning super bowl champion has accomplished all that there is to accomplish in the NFL but a fourth MVP wouldn’t hurt at all. Last season he had 29 touchdowns to 11 interceptions and over 4,000 yards passing. As long as he has great pass protection and keeps up his stellar play with the New England Patriots, he will certainly be at the top of the list for another MVP.

Other Players With The Best Odds 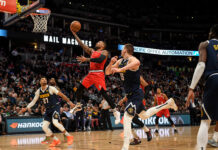 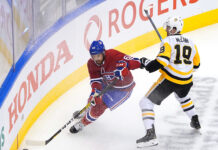