After Super Bowl LIII, many thought the hunger for the sport of football would die down. After highly-exciting and intense four games of the Alliance of American Football League (or the AAF), that remains to be seen. Fans were highly interested in a faster pace, more intense style of football that still has the energy level of the NFL. Of the four inaugural games of the eight teams that started their AAF careers, the Birmingham Iron and the Memphis Express both had the means to start off their season hot. It was a tale of two offenses as the Iron hosted the Express on Sunday afternoon. The Iron accounted for the first shutout in the short history of the AAF with a 26-0 victory over the Express.

The first game of inaugural franchise can show much of a team’s impact and productivity. For the Iron, they showed that when a star player gets shuts down, they’ll use others to provide impact. The tenacious defensive line of the Express locked down the rushing game, led by former first-round running back Trent Richardson, up until the 4th quarter. Through the first three quarters, Richardson only rushed for 18 yards on 11 carries. Iron quarterback Luis Perez took the charge through most of the game like he did at Texas A&M-Commence. The defensive line of the Express, led by defensive end Anthony Johnson, were constantly in pressure in the Iron offense. Perez, however, was consistent and stable in the pocket. He threw for 252 yards on 19 completions from 33 attempts and accounted for an 81.9 quarterback rating.

Perez was fantastic in his first national broadcast playing with two teams worth of highly-talented NFL worthy players. He took hits but still delivered excellent throws that later put points on the board. The defense for the Express accounted for two sacks, eight tackles for loss, and nine total quarterback hits. The Iron’s offense was tough as their name implied. In the fourth quarter, Birmingham’s offensive line powered through the Express defensive line and relied on the hard-pressed running of Richardson. He finished the game with 58 yards on 23 carries and two rushing touchdowns, both in the fourth quarter. Despite some drops from the Iron’s wide receivers and a fumble each from running backs Richardson and LaDarius Perkins, Birmingham found high-success in the first outing of their franchise. Former San Diego Chargers kicker Nick Novak was 4-for-4 from field goals.

The AAF League is drawing fans due to popular names and former NFL caliber players. Former New York Jets quarterback Christian Hackenberg was given a second chance on life after college football after an unsuccessful two-year career in the NFL. Unfortunately for Hackenberg, he proved to be inefficient leading a drive against this athletic Iron defense. Hackenberg threw 10-for-23 for 87 yards, an interception, and accounted a quarterback rating of 36. Often during pressure in the pocket, Hackenberg panicked and made inaccurate throws. Whenever he ran outside of the pocket due to pressure, he made terrible decisions and was even more inaccurate. The Express not only ran the ball more in the second half but they called for more direct snaps to running back Terrance Magee through the wildcat formation.

The Express often abandoned the running game too soon to push for the potentially explosive passing of Hackenberg. Running back Zac Stacy accounted for 58 yards on 12 carries, for an average of 4.8 yards per carry. The Express were outgained in total yards 327-to-202. They also were outgained in first downs 22-to-11 and in third-down efficiency 7of 16-to-2 of 10. The Iron’s defense accounted for a high-amount of pressure consistently. Birmingham’s defense accounted for two sacks, six tackles for loss, six quarterback hits, and seven pass deflections. Former Troy Trojan and Birmingham Iron linebacker Jonathan Massaquoi had himself a fantastic first game of his AAF career. He accounted for seven total tackles, five solo tackles, two sacks, three tackles for loss, and three quarterback hits. The Iron’s linebacker corp was excellent in their reads and the defensive backs were great in tight coverage.

Both the Iron and the Express Look to Move On

The inaugural week of the regular season has now concluded both as Birmingham and Memphis move onto week two of the 2019 regular season. The Express (0-1) will look to rebound from their unproductive offense performance. They will host the first home game of their franchise career against the Arizona Hotshots (1-0). The Iron (1-0) will host the Salt Lake Stallions (0-1) next week. 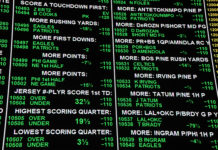 What You Need To Know About Profiting From Football Betting 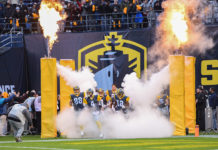 Three Reasons the AAF Will be a Success 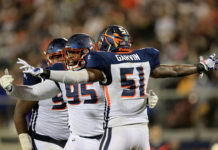