When talking about football, everyone wants to be optimistic about their favorite teams. Who wouldn’t be after how crazy the 2018 NFL Draft was? The draft class was loaded, many analysts saying that this year the next generation of stars were drafted. All fans should be rejoicing about their favorite player selected or the guy that will turn your franchise around, unless you are a fan of the Pittsburgh Steelers. In which case, this was one of the worst drafts in recent memory. Nick Phekman wrote a great article recapping the Steelers’ draft, and the link to that will be here. However, this article will be talking about the worst pick the Steelers made on Thursday, and that was drafting Oklahoma State quarterback Mason Rudolph.

Mason Rudolph is in no way a bad quarterback, in fact he is loaded with potential. He is already a fairly accurate quarterback who was productive in his college years. He’s got a high football IQ, and can throw into tight windows as well as show great touch. He’s a traditional pocket passer, and after a year or two of development Rudolph could end up being a very good starter in the NFL.

He ended up with a great team as well in the Pittsburgh Steelers. His wide receiving corps would consist of the best in the league in Antonio Brown, the next star in JuJu Smith-Schuster, and his college teammate in James Washington. Pair with that with a stacked offensive line, and on paper we have plenty of talent on the offense that can help a young quarterback like Rudolph. The structure is already in place for Rudolph to succeed as presumably the heir to Steelers great Ben Roethlisberger.

Even so, after the past couple days it has come to my attention that this was a really bad pick.

The Magic of the 5th-Year Option

So, you want to be the future to a franchise? Well the truth of the matter is in the modern NFL you need to keep your mistakes to a minimum. Most coaches solve this problem by drafting a quarterback in the first round of the draft before the veteran quarterback either moves on to another team or retires. This process could take 1-3 years to actually happen, which gives that rookie hopeful more than enough time to hone his craft and look the part of a franchise quarterback. The benefit of taking a quarterback in the first round is the fifth year option, which is basically a mini franchise tag solely for first round rookies.

How does this compare to the situation the Steelers have found themselves in? Well, right after the Jacksonville Jaguar playoff loss Roethlisberger told the media that he wished to play three more years. The stars have aligned for the Steelers to take a first round quarterback and let him study under Roethlisberger for the three years he stays there. Then the new heir has two years instead of one to prove he’s worth the money and the keys to the offense.

Rudolph was drafted in the third round, and in Roethlisberger’s perfect world he will have one year to impress the coaching staff before he is kicked to the curb. One year is never enough to time to evaluate a quarterback, and the proof lies within the rookie seasons of Jared Goff, Eli Manning, and even Peyton Manning. Quarterbacks need two seasons to prove their worth, and Rudolph may not have that luxury. 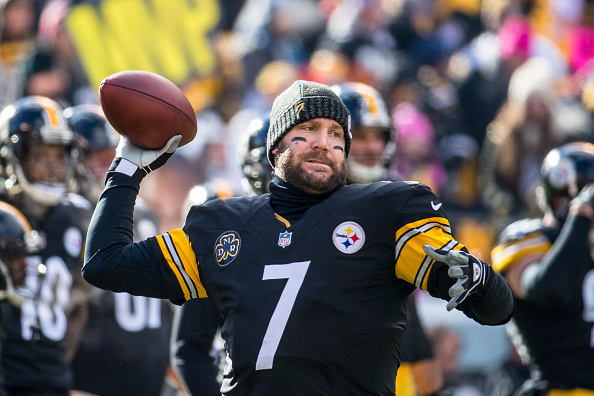 The aftermath of Mason Rudolph seems to have only motivated Roethlisberger to play more seasons. He recently came out saying he wishes to play 3-5 more years, but the statement is more of a double-edged sword. On one hand, a motivated Roethlisbeger potentially puts the Steelers back in the contention race, which is good for the present. On the other, Reothlisberger has never really stayed on the field. He has only been fully healthy in 4 seasons of his 14 year career in Pittsburgh. So him saying something like this just reminds me of how unhealthy he can be at times, which was one of the reasons he was thinking about retiring before last season!

So there’s now two ways to look at this pick. Either he’s the heir to the throne, or Rudolph is a guy they trust to be their backup quarterback in case Roethlisberger gets hurt. Which admittedly makes a lot of sense, or at least it would if the defense wasn’t so bad. 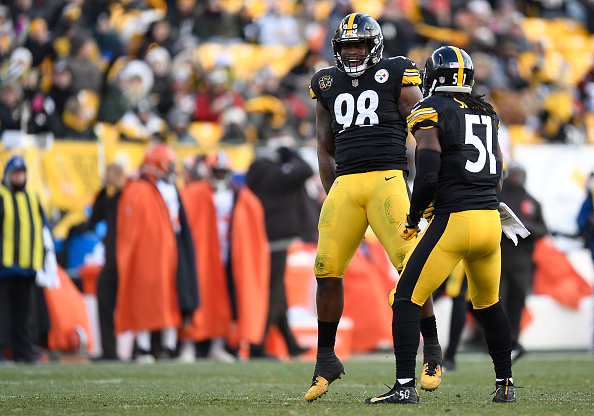 The Steelers did not draft a linebacker. The biggest need we had in the entire off-season still remains a huge question mark. After Ryan Shazier went down, that defense was a total wreck. Sure, on paper it looks they at least fixed the safety position, but they didn’t. They signed Morgan Burnett in free agency and then drafted Terrell Edmunds and Marcus Allen. On roster we already had Sean Davis starting, so that counts to four box safeties and zero coverage safeties. Coverage safety and linebacker, our two biggest needs, were not answered and we took a quarterback in the third round. Below is a list of quality linebackers that were still on the board when Mason Rudolph was drafted:

It boggles my mind that the Steelers thought they could address the future with that pick. The defense is gonna look almost the exact same next year because the Steelers decided to draft for the future. The AFC got a lot more competitive and it just seems like the Steelers did not improve enough at positions of need, which is going to kill them in the long run.

If the Steelers want to win another Super Bowl with Big Ben at the helm they need to fix the defense. The defensive class was deep this year. They could have taken the risk of drafting a quarterback in the first round and be much better off. Quarterback Lamar Jackson was available at 28, and he has more value as a player than box safety Terrell Edmunds, who was a total reach. The Mason Rudolph pick just does not make sense, looking at both the present and future of this franchise. This team needed players who could make contributions next year, and the Steelers failed to accomplish that goal.