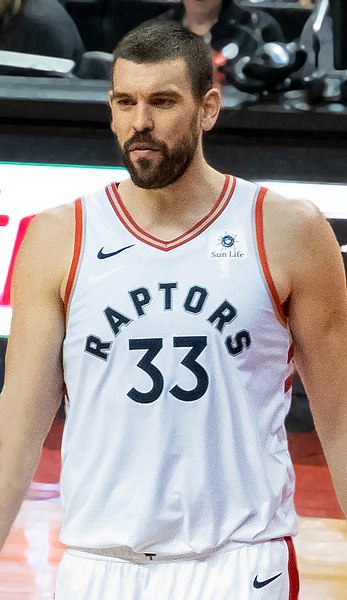 Not all athletes are naturally… well… athletic. Every sports star has to work hard and lose weight to stay in top condition, but many have a journey to get to that stage in the first place. We’re used to seeing stars in the latter stages of their career pick up a few pounds.

For some, like NBA legend Shaquille O’Neal or Brazilian footballer Ronaldo, the sheer depth of their natural talent outweighed carrying a little extra timber in their latter years. Most aren’t that gifted. Let’s take a look at three sports stars who had to bust their gut to get to the top.

The Athletes Who Had To Lose Weight To Make It Big

Now an NBA title winner with the Toronto Raptors and a three-time All-Star, the younger Gasol had to overcome a fast food fixation to make it big. After moving to Memphis from Spain with his family at the age of 16, while big brother Pau tore it up for the Grizzlies, Marc tore more burger wrappers than blocks and baskets.

While playing ball for Lauzanne Collegiate, he reputedly tipped the scales at 310lbs. After slimming down to 255 – and staying there – he became arguably the best passing big man of his generation, culminating in helping Kyle Lowry and Kawhi Leonard to the Larry O’Brien Trophy in 2019.

He’s now a star for the Carolina Panthers after being given the Doak Walker award for America’s best college running back, but that didn’t always look favorite for Foreman. At 246lbs, he had the power to compete with Big 12 defenses, but a lack of pace and explosiveness made pro teams think twice.

Foreman set himself a goal of being able to run a 4.40 second 40-yard by the time of the 2017 NFL Draft. He got there by swapping out his favorite fried chicken for Florida seafood, learning to cook for himself and finding healthier options in restaurants for his cheat days. Now 26 years old, five seasons in the NFL and upwards of $6m in career earnings suggest those were good choices.

Proving that it’s never too late to make a change, Jason Grubb has gone from sedentary sofa dad to Crossfit champion in a mere five years – despite only taking up the sport at the age of 38. Jason explained to CrossFit site Boxrox:

“You can literally rewrite the story that was laid out in front of you. I feel like my DNA was that I was going to be a big guy and I was probably going to end up sick as a 50 or 60-year-old. It isn’t easy but it’s not out of grasp. It is just an hour a day 5 days a week. I eat a lot of food but just different healthier food.”

Jason achieved gold at the Reebok Crossfit Games at age 43, and still competes alongside his (new) work as a personal trainer and nutritionist in the years following.

When aiming for stardom, a lot of stars must align. However, carrying extra weight means your body is (literally) being hamstrung by gravity every time you try to take a leap. A good weight loss program will encourage tailoring your diet to you, not simply following a guideline that everybody uses; your body is unique, and your diet should be the same. While ‘you can’t outrun a bad diet’ has become something of a cliché; clichés tend to become such because there’s truth in them.

It’s important also, to work out a training program you can stick to. Studies have shown that it takes on average 66 days for an activity to become a habit. Don’t let this sound daunting. If anything, it should provide time for you to decide which things work for you. A college athletics program is out of reach of most of us, but it’s worth spending a week or two to decide whether walking or swimming or a quicker higher impact workout like Tabata is most compatible with our lifestyle.

Like anything, weight loss is something we have to want to do. Stardom being the end result is certainly tempting. For those of us who don’t have the riches of a pro contract on the line, the pro of feeling better in ourselves is a star worth reaching for. 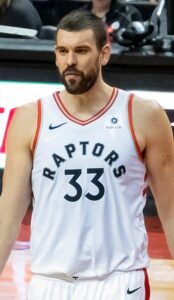