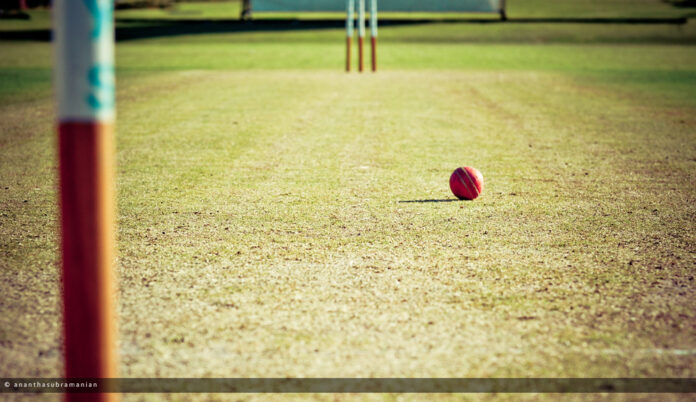 In North America, though mostly in the United States, sports like football, baseball, and basketball are king. The NFL generates billions of dollars in revenue yearly, Major League Baseball is America’s Pastime and fans tune in from all over, and basketball has been picking up overseas. International sports would do well to get into the North American market to grow their respective sports.

Originating in Mexico Padel is a game most popular in Spain. Anywhere between six and 10 million Spaniards play the game, Padel. Padel is a paddle-and-ball type of game similar to tennis, badminton, etc. The game is played on an enclosed court, two v two. As with the game of squash, the ball can be played off of the ricochet.

Padel is similar in nature to tennis in the sense that the ball used is close to the tennis ball size and is scored the same. The difference is Padel is played with solid paddles and the serves are meant to be played at waist height or below.

According to Richard Pearson, founder of Pledge Sports, “Padel is clearly massive in Spain and much more played than tennis. It’s also a much easier sport to play than tennis and is truly a sport for all ages and sizes. It doesn’t take long to learn padel, and as a tennis player, you will pick it up very quickly. It requires much less skill and fitness than playing tennis while still being a very aerobic sport and easier on the joints as it doesn’t require fast serves or a lot of sprints and sudden stops. It’s also only played in doubles so it

is very social. It’s also a great spectator sport as good games can have very long and fast rallies.”

Here in the states, there is a similar game called Pickleball being played. Padel can get into the Pickleball circle by providing another outlet for our paddle-based sports.

Perhaps one of the international sports that evades North American viewing and understanding is cricket. Cricket is a game that originated in England and was brought to countries across the world as it expanded its reach via its global imperialism. It’s now most popular within the Commonwealth of Nations, a group of 56 countries, most of which were former British colonies.

The rules of cricket are referred to as The Law of Cricket and they dictate how the game is to be played. The game is played on a long, rectangular pitch inside of a large, circular area. To over-simplify it, it’s similar in nature to baseball where one team bats at a time and the goal is to score more runs than the opposition.

In North America, cricket is not as popular as it is but there are voices in the major media markets who enjoy matches. ESPN’s Bengals reporter Ben Baby is a massive fan of cricket and often live-tweets matches, introducing his following to the game.

Football’s more brutal cousin, rugby is a massively popular sport in other English-speaking countries. New Zealand, South Africa, Wales, and England, among others, each have national teams and compete in the global Rugby World Cup. New Zealand’s national team is among the most dominant in any sport at any level.

Rugby is a game similar to football in the sense that there are two teams on the field, battling over an oblong-shaped ball, aiming to get into an endzone, of sorts. Where they differ is rugby is more fluid and constant, like soccer. No forward passes are allowed in rugby, of course. Each play looks like a cut-up of the most chaotic plays in NFL history with lateral after lateral.

In rugby, once a player is tackled, they must release the ball so that play may continue. For football, the play is over once a player is tackled. Scoring is different as well. Football touchdowns are six points with a one or two-point extra try. In rugby, “touchdowns” are five points once the player touches the ball to the ground one they cross the opponent’s goal line.

Football is believed to have derived from rugby. Even though its offspring is king here in North America, rugby is growing. At one time, it was the fastest-growing sport in the United States. “A hooligan’s game played by gentlemen,” rugby is a brutal, uber-athletic game for athletes of all sizes; although it helps to have some muscle mass.

In the United States, rugby is only recognized for 27 colleges by the NCAA. Those 27 programs are all women’s rugby as well, so the men still only play as clubs. As the fastest-growing collegiate sport, rugby will look to continue working the North American market and be one of the premier international sports.

Soccer – or football/futbol if you’re from literally any other country – is the most popular international sport, by far. The United States and Canada have attempted and maintained a professional soccer league called Major League Soccer. Obviously, MLS is in no way even close to even the lower-end European leagues. Liga MX is wildly popular in Mexico, of course.

In the world, the second-most watched sporting event is the FIFA World Cup, occurring every four years. Continuing to grow the sport in North America (mostly in the United States) would catapult the sport into the number one viewing event in the world, past the Tour de France.

Together, the United States and Canada have a population of around 368 million. Even with the competition with football, baseball, basketball, and hockey, the two countries can work together for a larger, even more legitimate professional soccer league.

As of now, there is no system of promotion/relegation at any level of any American sport. It’s currently struck down because Americans are believed to not be able to grasp such a concept. By forming more leagues and establishing something of a pro/rel system, it would:

There hasn’t been an international sport catching fire in the past 10 years quite to the tune of Mixed Martial Arts. MMA has been around for decades in various forms. Martial Arts has been a massive part of Japanese and Brazilian cultures and was actually known as Vale Tudo in Brazil. In Japan, a precursor to MMA is considered when Muhammed Ali (the boxer) fought Antonio Inoki (the Japanese wrestler). The idea was to pit different fighting styles against one another in a no-holds-barred style.

Today, fighters subscribe to different forms of fighting like Brazilian jiu-jitsu, Judo, Taekwondo, and boxing, to name a few. It has been viewed as a more brutal, almost Gladiator-like version of what was a well-respected form of combat. No matter one’s position, it’s an incredibly popular sport and has been growing exponentially.

UFC has been around for a few decades now and has only recently gotten to the point of overwhelming popularity. Their pay-per-view events yield billions despite the possibility that their fights could be so short that they could be shown in their entirety on the now-defunct Vine.

Coming from Japan and Brazil, mixing martial arts has blown up here in North America. Over the next decade, the sport is slated to grow even further, solidifying itself within global cultures.