The Major League Baseball series is heating up with news and rumours flying galore. Players being traded, teams predicting the future and fans getting so involved in the sport that you’d think they owned a piece. The reason the MLB is so big is because of the way it resonates with its fans. SO what are the latest rumours and baseball news in 2021? It is definitely worth knowing the odds as the competition heats up.

If there was ever a rivalry that stood the terms of time, it would be the Red Six and the Yankees. The Boston, New York rivalry has been going on since before most can remember. This season their rivalry has got even stronger as the Yankees caught up to the Red Sox making for stiff competition in the league.

In July when the Red Sox took the Yankees 3-4, the Red Sox were in first place in the American League East. They were miles ahead of the Yankees with a nine-game lead over their rivals.

Now the scores are a lot more equal with the Red Sox sitting second on the AL East board, however the Yankees are now close behind in third. This all comes to a head as the two teams match up for three games in two days.

With only two games separating the two teams, the competition could not be more fierce. Fans will be glued to their TVs as this showdown goes live.

Shohei Ohtani is a baseball legend. No doubt about it. His performance this season has been compared to a Marvel Superhero. With 39 home runs and a 2.93 ERA, he is certainly a player that people a hundred years from now will be looking at and wondering if he was real.

Shohei Ohtani grew up in Japan in the town of Oshu City. While his fame spreads far and wide, his fame in his hometown is unimaginable. The locals tell tourists about him and have even created a cheer squad for their native son. While the player may have grown to huge popularity in the MLB, he has not forgotten his roots.

Adam Duvall plays for the Atlanta Braves, joining after leaving the Miami Marlins earlier this year. While he may not have left his mark previously when he played for the Marlins, he made a solid dent on his return with the Atlanta Braves. This time, we mean a literal dent. He capped off a seven-run inning by denting a portable stand with his two-run shot. If there was a way to make a comeback, that would be it.

His performance helped the Braves crush the Marlins in a 12-2 victory.

The Braves have described Duvall as being an amazing player on the field and a great guy off the field. He is said to improve the chemistry of the team as he makes everyone around him smile.

With the season heating up rumours are flying non stop. Many of the rumours are to do with trades and potential trades. While fans sit on the edge of their seat while they wait for the confirmation of the rumours.

Here are some of the current trade rumours floating around:

Baseball is a competitive sport, especially within the MLB. With players being dropped, traded and set for assignment, the fans are continuously on the edge of their seats. One thing is for sure, the competition is heating up, especially between the historic Red Sox – Yankees rivalry. Who will emerge victorious this season is yet to be seen. 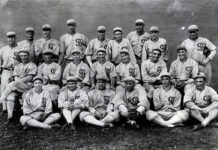 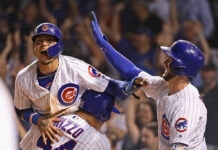