The Los Angeles Angels’ Shohei Ohtani has superstar potential. That much is true, and it was apparent the very first time Ohtani stepped on the mound for the Angels. In that 7-4 win over the Oakland Athletics, the Japanese import induced 18 swing and misses — second most in a Major League debut in the last decade — and allowed just 3 hits in a dominant outing (save for a minor hiccup in the 2nd inning when Ohtani surrendered those 3 hits). He would go on to win the AL Rookie of the Year award that season, albeit controversially (some thought New York Yankees third baseman Miguel Andújar deserved it more).

But as argued brilliantly by Jeff Passan in an op-ed for Yahoo! Sports, Ohtani deserved that award, as he was lights-out on the mound, with batters hitting just .202/.289/.332 against him in 51 2/3 innings. And he was as impressive on the plate as he was on the mound, hitting .285 with 22 home runs and a .564 slugging percentage on 367 plate appearances. Unfortunately, Ohtani’s sensational season was cut short by an injury that required surgery. He has since come back, and while he has shown flashes of brilliance, he hasn’t quite made that superstar turn.

Now, with another baseball season soon to start, fans are likely asking: Is this the season Shohei Ohtani fulfills his immense potential?

Is This the Season Shohei Ohtani Fulfills His Immense Potential?

The answer to that question ultimately hinges on Ohtani’s health. If healthy and fully recovered from his surgery, Ohtani is a legit two-way impact player. As a pitcher, he figures to be elite, just as he was before he blew out his ulna collateral ligament. Only 26, Ohtani boasts a triple-digit fastball on the mound, along with a wipe-out splitter that he used to great effect in 2018. And as a position player, Ohtani brings elite-level power, above-average hitting, and some speed on the paths. Unfortunately, early indications point to Ohtani not being 100% as late as August of this year. He even suffered a right forearm strain that month, and has admitted to feeling “tightness” in his elbow throughout his rehab.

The silver lining in all this is that Ohtani still has time to get fully healthy. And he will no doubt get plenty of support, primarily from the Angels organization, their fans, and even an entire nation. Ohtani, of course, is a product of baseball-crazy Japan, which means his countrymen will rally behind him as he looks to establish himself as an MLB superstar and make his country proud in the process.

Curiously, despite baseball’s immense popularity in Japan, it isn’t on the shortlist of sports that the Japanese can bet on. That shortlist of sports, as outlined in a guide to Japan by Expatbets includes bike racing, motorcycle racing, boat racing, horse racing, and Toto soccer. But the Japanese government now seems open to relaxing the country’s stringent gaming laws, even approving the Integrated Resorts Promotion Bill that paves the way for land-based casinos to be built. These efforts may eventually result in more expansive gaming in Japan, with baseball, among other sports, gaining inclusion to the aforesaid shortlist of sports. And a superstar turn from Ohtani can help make that a reality by making Japan’s pastime an even bigger thing.

Put simply, Ohtani unleashing his immense potential is bound to supercharge baseball’s most passionate fans, who are sure to embrace a worthy successor to Ichiro — the man whose greatness birthed Ichiromania and to this day is Japan’s greatest export to the MLB. Ohtani has the talent to change that narrative; now, he only needs good health to do it. 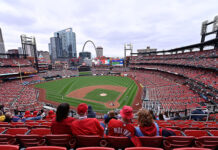 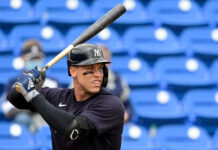 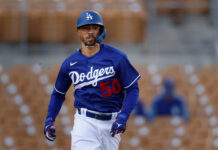