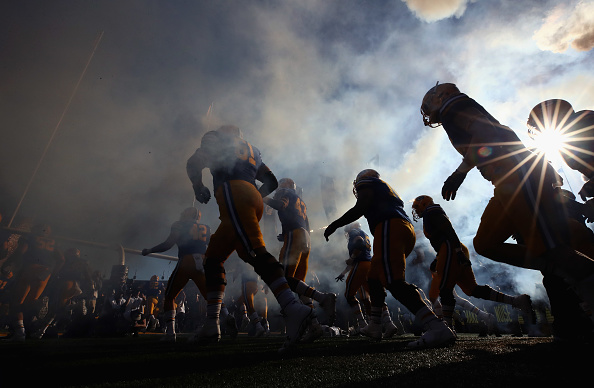 Jason Brown is the latest controversial character from the Netflix original, Last Chance U. Jason Brown took the unwanted job of being the head coach of Independence Community College. Whether they know about football or not, everyone had an opinion of Head Coach, Jason Brown. Brown’s criminal history continues in Independence, Kansas, which proved to not help his reputation in the town.

Junior College is the last chance for troubled football players to prove themselves to big D1 football programs. Athletes attend junior college to play football for various reasons. Some of these include poor grades, legal trouble, or character issues. Coaching at the JUCO level begins off the field. JUCO changes the lives of a lot of struggling athletes. Success stories include Rakeem Boyd, Dakota Allen, and Chad Kelly.

Unlike most community college coaches, Jason Brown can connect with the background of most of his players. Growing up in Compton, California, life was not easy for Brown. Growing up in a community with a high crime rate, Brown didn’t always find himself hanging with the right crowd. On the field was another story, Brown proved he had what it took to play football at the next level. Brown decided to take the junior college route and play at Compton Community College. At Compton Community College, Brown broke numerous records on his way to becoming a JUCO All-American. After being successful at the junior college level, he went on to playing DII football at Fort Hays State University. Post Graduation, Brown bounced around from the NFL, Arena Football, and playing overseas.

News broke that Jason Brown resigns as head coach of the Independence Community College Pirates. Text messages surfaced of a conversation between Jason Brown and German Player, Alexandros Alexiou. According to Brown, Alexiou failed to do the job duties of a JUCO scout team player. In a text, Brown told Alexiou, “I am your new Hitler.” Alexiou reported the text messages to the board at ICC. After a quick investigation, Brown was told to resign.

After stepping down from his job at ICC, Brown was charged with eight accounts of fraud. Additionally, Brown was charged with stealing the identity of a powerful lawyer from the Cochran Law Firm in an attempt to silence local newspapers. Although Brown was charged, he tried to maintain his innocence: “I’m surprised as you are, this is crazy. I’m trying to find out what’s going on myself. I’ve not been contacted by anyone.”

These two accounts solidify what concerns most locals have about ICC coach, Jason Brown. The locals of Independence, Kansas do not believe in Brown’s coaching style and techniques. Tom Hardy is an ICC football alum who loves to watch his former team practice. Hardy believes Brown takes being a tough coach a little too far. “He was an amazing coach, and you feared him, but you respected him. That’s a little bit of something that I think Mr. Brown, you know, you feared him, and you feared him,” said Hardy. Hardy claims Brown took it too far on the field, often using strong expletives in front of fans. “I’ve been embarrassed sitting in the stands and hearing his rapport with the players in full view of the little kids and parents that don’t use that language.”

Only time will tell if Brown can ever recover from the hard-hit of racism and criminal charges on his name. If Brown has a chance of ever coaching again, he will have to find a team that values winning over character. Brown’s character is shown in his infamous quote, “Hate me now; love me later.”