College basketball has been all over the place this year. Number one teams have been taken down four times already this season. A few undefeated teams lost this week and now we are only down to five. Over the years we’ve seen teams go undefeated for a while but there is so much chaos this year around all of college basketball. Who knows how long these teams will last but it makes watching college ball fun.

Duquesne is a surprising undefeated team at 9-0. They haven’t faced a tough schedule but being in the A-10 and a school like they are, it’s impressive. Their best win has come against Indiana State who is second in the Missouri Valley Conference. Their next game is against Radford who isn’t having a strong year but can cause some problems. It will be interesting to see how long they stay undefeated because they don’t have a particularly strong opponent until they face St. Louis in January.

It might be a little surprising that Liberty is undefeated but they are a very strong team. They have the best record at 11-0 and is looking to make another trip to the NCAA Tournament. Again, they haven’t faced a tough schedule either and is probably the easiest of the five. Their best win is against Rice and they haven’t played a lot of road games. They will go on the road against 6-2 Vanderbilt which will be tough but very winnable.

San Diego State is 10-0 and may go undefeated over the next few games. They have an impressive win at BYU and look like a strong team. They will face Utah in a few days but Utah doesn’t look like what we thought. They will have a tough game against Utah State on January fourth which might be when they lose a game. If they win against Utah and Utah State, it will be an impressive start to the season.

Bruce Pearl has been great with this Auburn team who is 8-0 right now. They gave Richmond their first loss of the season and now they face another Atlantic-10 team on Saturday as they face SLU. Auburn has been shooting very well as they have a very high percentage from mid-range. Freshman Isaac Okoro has been one of the best freshmen in the Country and has been what Auburn needed this season. They have NC St and Mississippi State soon and those will be very interesting.

Ohio State looks very impressive this season as they sit at 9-0. They beat Villanova and North Carolina by 25 points. They crushed Penn State 106-74 over the weekend. They have had a tough schedule and it won’t stop heading into 2020. Before the new year, they will face Kentucky and West Virginia. The next game at Minnesota won’t be easy either. They have the number two defense and the number six offense in the nation. They could very well be the number one team in the country and if they go undefeated after this stretch, they will be.

If everything goes right, we could very well see five undefeated teams heading into 2020, if not we should see at least three. At the beginning of the month, there were 20 undefeated teams and over the weekend there were 16. Teams were getting knocked out left and right and now there are five. There’s no clear-cut team this year that is running away with it on college basketball. It will be a very interesting year to see what happens next with these top teams. 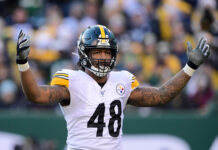 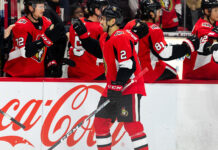