The Heisman Trophy Award is the most prestigious award in college football history. The award is dominated by offensive players on a yearly basis but there has been one exception. In 1997, Charles Woodson became the only defensive player in college football history to ever win the Heisman. Woodson was a playmaker on both sides of the ball and he was great on special teams. Since Woodson won the award in 1997, every Heisman winner has either been a quarterback or running back.

The 2019 Heisman race will feature elite quarterbacks again. However, there is one player who can join elite company with Charles Woodson. Grant Delpit is a star at the safety position for Lousiana State University. Delpit has burst on the scene in his first two seasons at LSU, showing his playmaking ability by forcing turnovers and sacking the quarterback. Grant Delpit does not play on both sides of the ball like Charles Woodson, but his high level of play should help him gain the attention of Heisman voters.

In his first two seasons at LSU, Grant Delpit has totaled 134 tackles, 13 tackles for a loss, five sacks, six interceptions, 17 pass deflections, and one forced fumble. Delpit was the best player in the LSU secondary last season and I expect that trend to continue this upcoming season. Delpit shows flashes of greatness every Saturday against top-notch talent. Last season, Delpit amassed 10 tackles in three separate games. Delpit is around the football making plays and his impact on the defensive side of the ball gives his team the best chance to win.

Delpit has a very special set of skills that allows him to line up at multiple positions on the field. LSU lines Delpit up in the slot as an extra corner, he comes down in the box as a linebacker and he has great range to play centerfielder in the middle of the defense. Last season he made an interception against Ole Miss that was absolutely insane. Before the snap of the ball Delpit was in the middle of the field and when the ball was thrown he ended up on the sideline making an interception. His athleticism shows up on tape and scouts, coaches and fans will fall in love with him for that alone.

A wise man once said, “If you look good, you feel good, if you feel good, you play good, if you play good, they pay good.” In my opinion, swagger is one of the most important things that a defensive back should have. Delpit has the killer mentality every time he steps on the field and you see it when you watch him play. He’s also the best-dressed player on the defense. With the two sleeves or multiple armbands on his arms Delpit looks good on the field. We can’t forget the visor on his helmet or the eye paint smeared on his face. When fans are voting for Heisman candidates they want someone who not only plays great but also someone who looks great. Grant Delpit is that guy.

Delpit possesses all the traits, skills, and swagger that a Heisman candidate must have. Fans are looking for excitement and big plays every Saturday. Fans want game-changing plays on every down and Delpit delivers just that. As Delpit continues to get better, more fans will begin to notice his outstanding play and eventually put his name on their Heisman ballot. 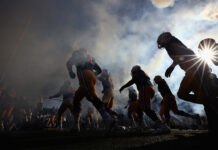 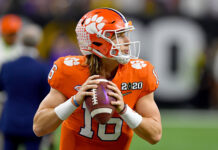 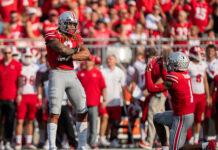