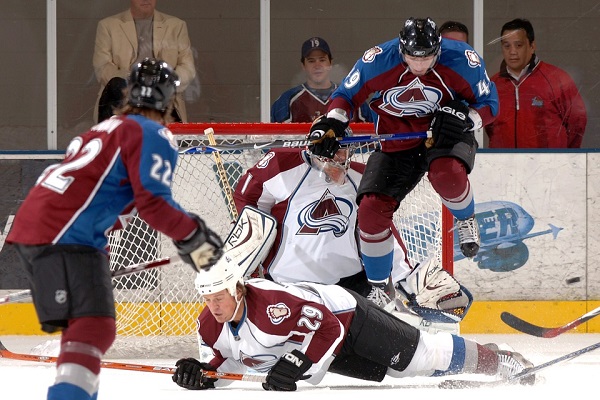 The Eastern Conference is one of the two “conferences” in the National Hockey League (NHL), which spans both the United States of America and Canada. The two conferences split the teams between East and West: the Eastern Conference currently hosts 31 teams, seven from Canada and 24 from the United States. The league is set to increase to 32 teams in 2021, with the addition of a franchise in Seattle.

With the Eastern Conference’s 2018-19 season coming to a close in April, it’s looking like the Tampa Bay Lightning are close to securing victory, with a nearly 20-point lead and 12 more victories than the second-place Boston Bruins. With this in mind, odds comparison website Oddschecker ranks Tampa Bay Lightning as around four times more likely to win than Boston Bruins. The winner will be another in a long history, which in the case of the Eastern Conference includes numerous reorganizations, renaming, and connections to British Royalty. Here is a look at this intriguing history.

A Brief History of the NHL Eastern Conference

Before 1974, the Eastern Conference was known as the Prince of Wales Conference. Ths name came from 1925 when the then Prince of Wales, whose full name was “Edward Albert Christian George Andrew Patrick David”, and who later went on to become King Edward VII of the United Kingdom and the British Empire. At the time Canada was still part of the British Empire, hence the Prince’s donation of a trophy.

The rules for awarding the trophy have changed several times since 1925 as the structure of hockey’s governance and league structures have changed. For example, between 1938 and 1967 the Prince of Wales Trophy was awarded to the winner of the NHL regular season (since the NHL had no divisions), whilst between 1967 and 1974 it was presented to the winner of the East Division’s regular season.

In line with the name of the Trophy, the Eastern Conference was known as the Wales Conference prior to 1993, when it was changed to reflect the fact that its constitutional teams were all located in the Eastern half of North America, and in fact had no teams from the country of Wales.

The Eastern Conference, like its Western Conference counterpart, is split into two divisions. Originally called the Adams Division and the Norris Division, the names were changed in 1993 at the same time as the renaming of the conference. A number of smaller tweaks – including the addition of new teams – have been made since, the most recent of which was in 2013. Since this latest reorganization, the divisions are known as the Atlantic and Metropolitan. The Metropolitan Division is the only division in the NHL that does not have a Canadian team, instead consisting only of franchises based in the United States. Confusingly the name “Atlantic Division” has been used twice: in addition to the present day Atlantic Division, the Metropolitan Division was previously known as the Atlantic Division before 2013.

The Pittsburgh Penguins, who are better known as the Pens, are one of the most successful Eastern Conference teams of recent years. They have won eight division championships, six Eastern Conference championships and five Stanley Cups since 1990. The team was founded in 1967 during the first expansion of the NHL and played in a stadium that they appropriately named “The Igloo” until the 2009-10 season.

The team was set up by a group of investors led by state senator, Jack McGregor, with the aim to use the NHL franchise as a tool to deliver urban renewal in Pittsburgh. After successfully securing enough votes from the NHL to become part of the league’s expansion, the team ran a competition to choose its name. The name Penguins was chosen after 700 entries from the public selected it.

The Montreal Canadiens (or Les Canadiens de Montreal in French) are the most decorated team still in existence. The team was founded by J Ambrose O’Brien in 1909 and is older than the NHL, making it the only remaining team to predate the NHL. The Montreal Canadiens have won a total of 24 Stanley Cups, eight conference championships and 24 division championships. Whilst they have been consistent in winning division titles, they haven’t won the Eastern Conference or Stanley Cup since the 1992-93 season. This is despite them winning the Stanley Cup more times than any of the other NHL teams. Since 1996, the Montreal Canadiens have called the Bell Centre their home, prior to this the team had held home games at “The Forum” since 1924.

The name “Wales Conference”, whilst of historical significance, was not representative of the modern teams it contained. The renaming of the old Atlantic Division to the Metropolitan Division, only to create a new Atlantic Division immediately after, was also a decision that could lead to some confusion. However, the names that are now in existence are perhaps the most appropriate.