Ahh… the old Winnipeg Jets. As a hockey fan, I’ve often heard the narrative that the Jets and the Nordiques fell apart and relocated because the fan support wasn’t there. Well, I’m here to tell you that the narrative they left due to attendance issues is false. Even more false than a pair of eyelashes bought at Claire’s, but I’m getting off topic. Today I’m going to give you a quick history lesson. As well as explain why the original Jets left Winnipeg Manitoba. To go to the desert to become the Arizona Coyotes. In order to understand this story, first you have to learn about the WHA.

The WHA was an outlaw hockey league formed by cities that had applied to get expansion NHL franchises but were rejected at the time. When the league fell apart in 1979, four of the remaining franchises were adopted by the NHL as expansion franchises. The Hartford Whalers, the Winnipeg Jets, the Edmonton Oilers, and finally the Quebec Nordiques. A common theme between these teams that you may notice is that with the exception of Edmonton, all of these teams were in relatively small markets.

From 1979-1996, the Jets were an NHL franchise, boasting a loud and passionate fan base, as well as one of the coolest and best-aged sweaters from that era. They also were trailblazers in the art of having extensive European scouting, this would net them a certain hall of famer by the name of Teemu Selanne. But enough about the team’s history, let’s get into why the team relocated.

In the mid-1990s, the salary of the average NHL player went up, and along with it operating costs for all teams went up. At the time, seemingly as a way to add insult to injury by the hockey gods, the Canadian dollar was dead in the water at the time. Cities in Canada with larger populations, such as Montreal or Toronto were relatively secure. Teams in smaller markets, like Quebec City and Winnipeg, were in trouble from a financial standpoint. This was the primary reason for trading Teemu to the then-Mighty Ducks of Anaheim. The fans rallied and several prominent business leaders in the province of Manitoba made a valiant effort to keep the team there, but ultimately it fell apart.

The franchise’s owner originally planned to move the jets to Minnesota, the former home of the north stars, had that plan gone through the team would have called St. Paul their home. But unfortunately the ownership group at the time couldn’t come to an agreement with the landlords of the Target Center, and the team went to Arizona.

So there you have it, a quick history lesson as to why the Jets left Winnipeg in the first place, now as we all know now after the Thrashers fell apart, True North Sports bought the team and moved it to Winnipeg, becoming the second incarnation of the Winnipeg Jets. 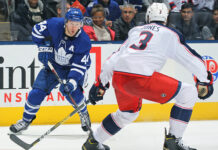 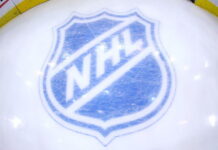 NHL Draft: The First Pick Goes To A Mystery Team 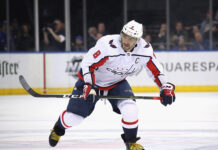 Five Teams That Should Trade for David Njoku

Are The Boston Celtics A Real Championship Contender?

Five Teams That Should Trade for David Njoku

Are The Boston Celtics A Real Championship Contender?