As we head into the conference portion of the basketball schedules, I thought I would start to look at the 2019 NBA draft. The first position I will look at is the point guard position. While this is not a deep position, nor does it have a top five player as of right now, this is still a coveted position that garners a lot of attention. So here are my top point guards heading into the new year.

After a solid freshman season, Morant has become a fierce offensive player putting up over 27 points a game and dishing out almost eight and a half dimes a game. On the defensive side of the ball, he has quick hands and forces turnovers that lead to fast breaks with either him finishing or passing the ball. He is a great rebounder from the lead guard spot. He looks to push the ball on offense once securing the board. Morant has a fantastic shooting percentage and his mid-range game and driving ability make him a tough cover. He needs to improve his jumper, especially from three-point range. I have him as my top-ranked point guard right now as he fills the stat sheet very similar to Russell Westbrook. As for his stock, it seems to be high right now but coming from a small school like Murray State could keep him from cracking top 5. His size and athletic ability can’t be overlooked.

Unfortunately, Garland tore his meniscus in his knee and his season appears to be over. After a solid five-game start it is easy to see why he was the top point guard ranked coming out of high school last season. Garland is a solid floor leader who makes good decisions and shoots a high percentage from the field. His near 48% from three likely wouldn’t have held up all season, but he has shown a touch from deep. As for the next level, I want to see him distribute more and get others involved. He has good size and was a top ten pick for sure and still believe he is a lottery pick even with the knee injury.

White is more of a combo guard but has seen his role with North Carolina as the primary ball handler. In the early part of the season, White proved he can score, dropping 33 points against Texas. While top recruit Nassir Little gets most of the attention, White is quietly becoming the best player on the team. He shoots a good percentage and continues to make over 40 percent on threes. Right now he is probably a first round lock but could make a run towards the lottery if scouts believe he can be a full-time point guard. I really like his game and think if he can help improve North Carolina, his draft stock will continue to rise. Plus, scouts love 6’5 point guards.

Ponds withdrew from last years NBA draft to hopefully make himself a first round pick. While his rebounds and assists are down, his scoring is up. Ponds can be explosive as a scorer despite his barely 6-foot frame. Ponds seems to always have the ball in his hands and is making better decisions and proving to scouts he can be a point guard at the next level.

No one was harder on Hands after his freshman season than I was. His improvement to make him a possible first-round pick is remarkable. His playmaking and ability to run a team have been huge. While Hands still has a funky shot and his overall field goal percentage is just over 40 percent, he does shoot 37% from three. He has also greatly improved that mid-range jumper. I expect him to get better as the conference games get underway and could be an easy first-round selection in June. 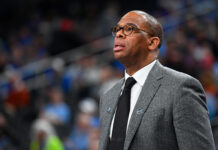 Hubert Davis Is The Right Hire For UNC Basketball 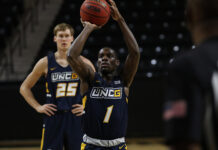 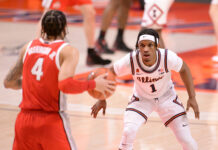