The Seattle Supersonics relocated to Oklahoma City in 2008 to become the Oklahoma City Thunder. The Supersonics last season they were awarded the second overall pick in the draft and selected Kevin Durant from the University of Texas. Durant played one season in Seattle before they relocated to Oklahoma City. In his only season in Seattle, he played in 80 games in which he started all of them while averaging 20 points per game on 43% shooting from the field.

The trio of Kevin Durant, Russell Westbrook, and James Harden would go on to be a dynamic team and would call themselves the OK3. I will be talking about what they accomplished together, what they have done since they all split up, and what they could have accomplished if they would have stayed together.

When the Seattle Supersonics moved to Oklahoma City they were in really good shape to succeed from the beginning with a young star in the making Kevin Durant. With the way that the Supersonics/Thunder drafted they were also in good shape to have some first round picks to help them build a team.

When they landed Westbrook, Serge Ibaka, and Harden within a span of two years, it had the makings of a successful organization. In their first season together the team would finish the season with a 50-32 record and finish eighth in the Western Conference. The team was young and building but the future was bright with the young stars and some veterans on the team to be a mentor. James Harden would come off the bench and be the sixth man for the Thunder while still playing big minutes and being one of the closers on the team. The team would eventually lose to the Los Angeles Lakers in the first round of the playoffs that season but it was a win for the franchise and the city who had high expectations.

Their final season together the Thunder would have a record of 47-19 during the lockout year and finish second in the Western Conference. The Thunder would go on to the NBA Finals that year to face the Miami Heat who had a big three of their own in LeBron James, Dwayne Wade, and Chris Bosh. The Heat would prove to be too much for the Thunder but it was a great season for Oklahoma City. Kevin Durant would win a third scoring title in a row and prove to be one of the leagues best players.

That offseason the Thunder would trade James Harden to the Houston Rockets due to not meeting on a contract extension and in efforts to revamp their roster and make another run at a title which would end the OK3 era.

Since being traded to the Houston Rockets before the 2012-2013 season, Harden has been one of the best players in the league. James Harden has always been an offensive-minded player who struggles on the defensive side of the ball. Before the season started Harden would sign a 5-year extension worth 80 million dollars with the Rockets. Harden would begin to trend upwards in Houston getting better year by year proving his worth in the league.

He would have to carry the Rockets at times which was something he was capable of each and every night. Harden has averaged 25 points per game in each season with the Rockets while shooting an average of 45%. He finished second in the MVP voting in the 2014-2015 season behind Stephen Curry. James led the Rockets to the Western Conference Finals that year before having one of the worst games of his career in a win or go home game where Harden was 2-11 shooting with 14 points and 13 turnovers.

Houston would bring in Mike D’Antoni as head coach due to his offensive background around the league. The Rockets built a team around Hard and D’Antoni’s style of play and spaced the floor which would make Harden thrive. In the 2017-2018 season, Harden won his first MVP award while averaging 30 points, 9 assists, and 5 rebounds per game in 35 minutes and shooting 45% from the field.

Kevin Durant and Russell Westbrook would go on to play four more seasons together in Oklahoma City. Westbrook and Durant would take the Thunder to a 60-22 record and first place in the Western Conference in their first year without Harden. The Thunder would have a significant injury with Russell Westbrook in the playoffs which required knee surgery and Westbrook to miss the entire playoffs. In 2013-2014 Kevin Durant would win the MVP award for the first time in his career and taking the Thunder to the Western Conference Finals before losing to the San Antonio Spurs.

After the 2015-2016 Durant had one of the biggest chooses of his life with his free agency. Kevin went into free agency with an open mind and was going to listen to everything on the table. Durant ended up signing with the Golden State Warriors forming one of the best teams of all time with Steph Curry, Klay Thompson, Draymond Green, and Andre Iguodala. Durant would go on to win two NBA finals in his first two seasons in the Bay Area and captured two NBA Finals MVP Awards along the way.

Russell Westbrook has been the one consistent piece in Oklahoma City and is now locked up for another 4 years after signing a 5-year extension worth 205 million. Westbrook has proven himself in the league and is one of the top players in the league. Russell would also win his own MVP award in the 2017 season when he averaged a triple-double throughout the season and carried his team into the playoffs. He has played with many different players in his time in Oklahoma City but he has always remained consistent with whoever is on the court with him.

The Thunder are currently trying to form a big 4 in OKC with Russell Westbrook, Paul George, Steven Adams, and newly acquired guard Dennis Schroder. Since Durant left the Thunder, Westbrook has averaged back to back triple double seasons which is a remarkable accomplishment.

What could have been?

The Oklahoma City Thunder made the NBA Finals with Russell Westbrook, Kevin Durant, and James Harden but came up short against the Miami Heat. If the Thunder would have made that a series or won the series they may have not traded Harden away during that off-season. When Kevin Durant left Oklahoma City it was after they blew a 3-1 lead to the Golden State Warriors in the Western Conference Finals and possibly could have won the championship that season with their team. So what would have happened if the OK3 never broke up and stayed together?

Since they have all won an MVP award and they are all in the top 10 of best players in the league today, you could only imagine what could have been. It would have been one of the best teams to have ever played together. The Thunder would have likely won a championship or two on their journey. To have three guys on one team who have all won an MVP award in their career is remarkable. We have to give huge credit to the front office of the Thunder and their development to not only draft these players but to get the most out of them in the best situations. 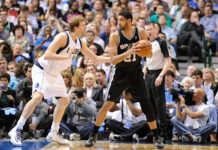 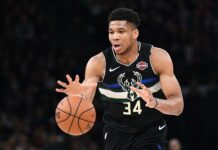