Rodney Hood was flawless from beyond the arc, going one hundred percent making all of his three-pointers along with twenty-six points. This victory comes the day after the organization fired Tyronn Lue. They moved on from Lue, despite him coaching the Cleveland Cavaliers to three NBA Finals. Cleveland wasn’t winning any games and not playing as a team. However, they did have LeBron James who assisted them in reaching the Finals and winning one. Even without LeBron James, the roster is full of talent with players such as Kevin Love, Kyle Korver, George Hill, Tristian Thompson, J.R. Smith.

26 PTS by Rodney Hood leads the @cavs to the 136-114 home W! #BeTheFight pic.twitter.com/nfExOzxagR

This roster is filled with players capable of being All-Stars in the league and filled with young talented athletes. In this game, the team reminded everyone what they are capable of accomplishing together. For example, multiple players scored in double figures. In order for multiple players to accomplish this in a game, the team must be playing together. They must be unselfish, passing the ball until it reaches the open teammate. Instead of forcing plays to happen they must let them develop and be content with the assists.

The Cavaliers were playing unselfish basketball as seen by their ball movement. As a team they recorded twenty-three total assists, which represents their unselfish style of basketball. Additionally, more than two players were making their attempted shots when it counted. For example, Tristian Thompson posted a double-double with eleven points and thirteen rebounds. This is possible because of the Cavaliers ability to space the floor. By spacing the floor it allows Thompson the opportunity to post-up and retrieve rebounds. Then when he sets screens he brings his defender with him; opening up the lane for the rest of the team to drive to the basket and have an opportunity to reach the charity stripe.

As a team, they attempted forty-three free throws and made ten, which is about seventy-six percent. This statistic in the box score reflects their ability to drive to the rim and create plays.

Even on defense, they showed up forcing their opponent to twenty-two turnovers and all around they retrieved forty-eight rebounds. They scored twenty-points of the turnovers they forced. Cleveland forcing turnovers allows the viewer to know they were playing defense. They were playing with energy and urgency making plays which aren’t seen on the box score.

By crashing the glass it allowed them opportunities for second-chance points and limited the time of possession for the Atlanta Hawks. It allowed them to attempt ninety shots and they connected on forty-five of them. Furthermore, they made thirteen three-pointers out of an attempted twenty-five three-point shots.

Cleveland was firing on all cylinders and playing with energy similar to that before James left for Los Angeles. They are one step closer to figuring out their identity as a team. Playing this kind of basketball Rodney Hood and the Cleveland Cavaliers can make it to the playoffs. 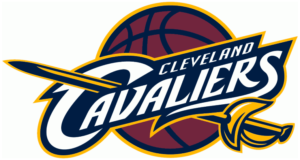