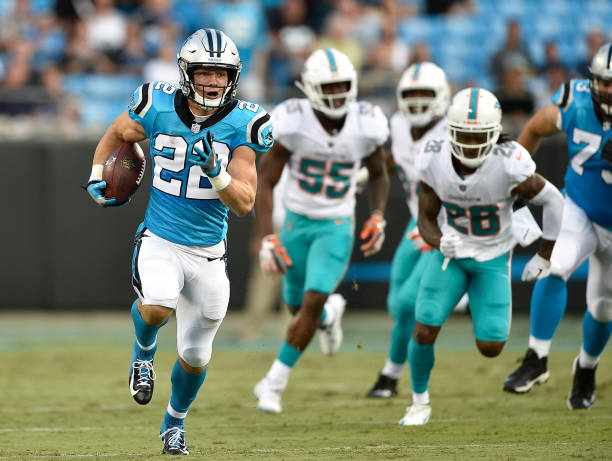 It is that time of year. Football is back. We have sat through seven long months pretending to care about basketball and baseball, but now it is finally here. The preseason is over, and we are less than a week away from actual NFL football. This is also the height of fantasy draft season. Here are five things I noticed during the last month of preseason that you should take into account during the fantasy season.

The Broncos upgraded at quarterback this offseason by signing veteran breakout Case Keenum. Keenum was an extremely effective quarterback last season with Minnesota, in large part due to his connection with Adam Thielen, who ran the majority of his routes from the slot. Sanders is going to be this year’s Adam Thielen, at least for Case Keenum. He ran 64.9 percent of his snaps from the slot in the preseason and was targeted by Keenum on 43.8 of his total aimed throws, according to Scott Barrett of Pro Football Focus. Sanders’ ADP has risen over the last couple of weeks, but he is still a strong value and could easily finish as the number one fantasy wideout in Denver.

Christian McCaffery is a legitimate RB1

There were a lot of concerns about McCaffery stepping into true fantasy stardom this season after the Panthers added CJ Anderson. This preseason put all those concerns to rest however, as McCaffery dominated the running back snaps with the first team. Offensive coordinator Norv Turner came out and said that they would like McCaffery to touch the ball at least 25 times a game this season. Even though this is hyperbola, it shows the confidence that this coaching staff has in him, and if he can get even 20 touches a game he would easily be in the RB1 conversation. With Anderson merely an afterthought and his pass-catching ability, CMC should be in line for a huge year.

Adrian Peterson will have fantasy relevance

The future first ballot hall of famer didn’t even have a job a few weeks ago, and is now in line to be the week one starter for the Redskins after a good showing in week three of the preseason. Peterson ran for 56 yards on 11 carries ad showed flashes of his former MVP caliber self. With runners like Samaje Perine and Rob Kelly disappointing, Peterson should have the early down workload all to himself. He does suffer from lack of catching ability, but he will still be in the flex conversation week to week depending on matchups.

Chase Edmonds is the handcuff to own in Arizona

David Johnson is obviously a top five pick across all formats and should continue to be one, but the rookie out of Fordham had a great preseason and camp. The 5’9 back is quick, yet powerful, and should slide nicely into the middle tier RB2 conversation if something were to happen to Johnson like last season.

Royce Freeman is good at football

As obvious as it is, it’s true. Freeman flat out dominated this preseason, showing off why is considered one of the favorite rookie running backs in terms of both redraft and dynast league formats. While Devontae Booker is still around, it is only a matter of time before Freeman completely has the backfield to himself, and it is going to be sooner rather than later. Freeman at the moment is an RB2/Flex depending on league size, but with the upside for much more.