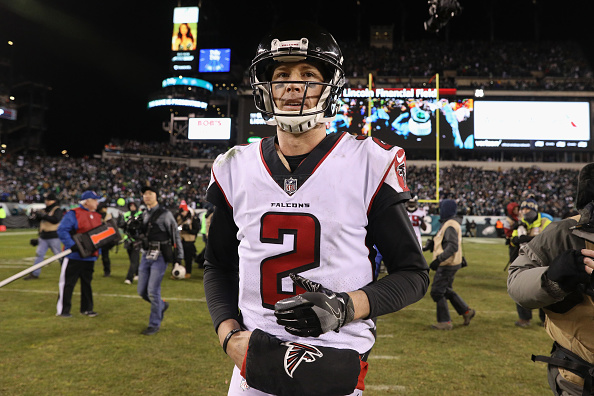 In June, David Carr made headlines, which was once more than he ever did as a starting quarterback. The NFL analyst wrote an article explaining his own personal top ten quarterbacks. The list received a lot of criticism, mostly because David listed his brother, Derek Carr, at number four and left off Ben Roethlisberger and Carson Wentz. Personally, I find it hard to take the list seriously when it comes from David Carr. Just look up his quarterback stats and you will understand why the criticism is justified. Now, let’s take a look at the true top 10 quarterbacks in the NFL, starting with 10-6.

The overwhelming criticism of David Carr’s list was due to the fact that Derek Carr was number four even though his 2017 season was abysmal. However, it’s not fair to completely disregard the 2016 season where he was an MVP candidate and for that reason Derek is number 10 on my list. The Oakland Raiders made a huge signing this off-season, but it wasn’t a player. The Raiders went out and signed former head coach Jon Gruden to a 10 year, $100 million dollar deal to become their new head coach. If you’ve ever watched Monday Night Football, you know how much Jon Gruden loves Derek Carr and I expect him to get back to MVP form this season.

Matt Ryan may have had one of the worst “take a step back” seasons of all time in 2017. Following an MVP season in which he threw for almost 5000 yards, 38 touchdowns, just 7 interceptions, and had a 117.1 rating, Ryan came back down to reality throwing for just over 4000 yards, with only 20 touchdowns and 12 interceptions. His rating also came back down to 91.4. Fortunately for Ryan, the league isn’t full of great quarterbacks so even being just above average can land you on a top ten quarterbacks list.

The Atlanta Falcons added Calvin Ridley in the draft. The pick had to have pleased Ryan who has another weapon added to his holster. The Falcons need to get back to high percentage passes and let guys like Julio Jones and Devonta Freeman pad Ryan’s stats.

Cam Newton has the worst personality in the NFL when it comes to quarterbacks. It seems that at least once or twice a year, Newton shows that he can’t handle the pressure that comes with being a starting quarterback in the NFL. However, it’s hard to make a top ten list without having Cam Newton on it. As a passer, Newton has never been overwhelming other than the outlier year he had in 2015 when he won the MVP award. This past season, he threw for just 3302 yards and 22 touchdowns with 16 interceptions.

Where Newton gains appeal is his rushing ability which is comparable to a solid backup running back. In 2017, he rushed for 754 yards with 6 touchdowns. The dual-threat quarterback is great to have in red zone situations, Unfortunately, when the pressure turns up, Cam turns down as seen in the Super Bowl.

One of David Carr’s biggest mistakes was leaving Ben Roethlisberger off his list. There is no way you can make a top ten list without having Big Ben on it. Yes, he is 36 and has struggled with injuries during his career but he is still one of the best quarterbacks in the NFL. Last season, he was 12-3 as a starter. He also threw for 4251 yards and 28 touchdowns. Does he benefit from the best running back and the best wide receiver in the league? Absolutely. But you can’t possibly discount the skill level of Big Ben just because his offense is loaded with weapons.

However, much like some head coaches, Big Ben is on somewhat of a hot seat this season if he can’t get this loaded Steelers team passed the New England Patriots. The clock is running out for Big Ben and this may be his last season to get another run. I expect him to be hungry this season.

Philip Rivers is easily one of the most overlooked quarterbacks each year. There aren’t many guys in the NFL that deserve a Super Bowl ring more than Rivers. After starting last season 0-4, many teams may have quit, but under Rivers’ leadership, the Chargers went 9-3 the rest of the season and made a real push for a playoff spot. Rivers threw for over 4500 yards and added 28 touchdowns while throwing only 10 interceptions. The numbers were good for a 96.0 rating. Philip Rivers needs some help and I think this is the year that the Chargers finally get it done. Look for the Chargers to be a real threat in a weaker AFC.