As many of us are anxiously awaiting the start of the 2018 football season, several LWOS writers including myself are going to be giving our predictions of the coming season. I will be covering the NFC South, I hope you enjoy and feel more than free to debate or agree in the comments. Below is the Atlanta Falcons 2018 record prediction.

Wide receiver Julio Jones is the most obvious pick, no matter how good a quarterback any team has. If you don’t have playmakers in the field to make catches, it is all for naught. Jones is a seemingly guaranteed catch whenever the ball is within a few yards of him. The one downside of such a talent, besides the fear of injury, is when your wide receiver is that good, the opposing teams will frequently put double or even triple coverage on them to try to keep them out of the play. However, with the number that Jones consistently puts up, quarterback Matt Ryan has no problem with that hurdle.

Speaking of Matt Ryan, while his ‘elite’ status gets debated by fans around the league, there is little doubt of his talent to lead a team. He has a strong offensive to work with, including running back Devonta Freeman to finish getting the first down in third and short situations. So overall, the Falcons have a very well rounded group of weapons.

They say you should never forget history, lest you become doomed to repeat it. Thanks to the internet and the creation of memes, Atlanta will never be able to forget the Super Bowl loss to the New England Patriots. This loss was twice as difficult as it came from blowing a 25 point lead with only a little more than one quarter left to play.

Sure this was two years ago, but the wound is still there. They kept the playoff game against the Philadelphia Eagles close but still missed their shot at redemption. It is still a prevalent thought as they climb the hill of the season again.

I am giving it to Vic Beasley. I am of the old school thought of the best offense is a good defense. Taking nothing away from the rest of the talent on this team. A good strong leader on defense who is turning into a sacking machine cannot be ignored. Especially considering keeping the defense strong is very important. It has to be strong enough to keep what lead they have will build the entire team’s confidence.

Defensive tackle Deadrin Senat drafted out of South Florida is a very welcome addition to this defense. And while they do expect him to do great things, I think he is going to exceed even the coach’s expectations. He will be a huge force to contend with in the near future. If that comes to pass, it can help vault the Falcons back to the top of their division.

Even though there is a lot of potential on the Falcons, there are also a lot of maybes. If they all break in the team’s favor, then they can beat this prediction and easily make the playoffs again. But most times you don’t get a very good break. However, while I think they should get in as a low seed, they can also push harder and make a more solid showing. The last thing any team wants is to be in the position where they are watching the scores of the other games. 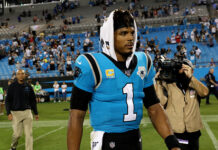 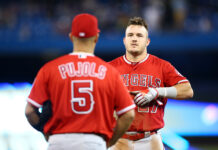 Two Positives and Negatives of Cam Newton’s Signing for the Buffalo...

Two Positives and Negatives of Cam Newton’s Signing for the Buffalo...