After moving from gloomy St. Louis back to sunny Los Angeles, the Rams were disappointing with their underwhelming first season back in LA.

Following Week 14, the Los Angeles Rams decided that they wanted off head coach Jeff Fisher‘s wild ride and fired him. To replace Fisher, the Rams hired to 31-year old Sean McVay to push the team in the right direction.

What to expect from the 2017 Los Angeles Rams

The Rams made plenty of other moves as well to help and improve the team like hiring Wade Phillips as defensive coordinator and signing both Andrew Whitworth and Robert Woods for the offense. With all these changes made, what should fans expect from the Los Angeles Rams for this upcoming season?

The Rams were putrid last season on offense, finishing dead last in total yards per game and total points scored.

The coaching staff refused to play quarterback Jared Goff after trading up to draft him first overall in the 2016 NFL Draft. Goff turned into the face of the franchise as they made their move to Los Angeles.

A Ryan Gosling look-alike from California to lead the Rams as they come back to Los Angeles, a perfect PR move for any team. Yet, Goff didn’t play until Week 11 versus the Miami Dolphins. When he did play, he did not look good and the Rams lost every single game he started.

In the seven games Goff played in, his total stats were 1089 yards with five touchdowns and seven interceptions. He completed 54.6% of his passes and had a QB rating of 63.6.

Another dud in the offense was lead running back Todd Gurley. After a monster rookie season, Gurley’s performance dropped significantly from the previous year. His stats were all lower than his rookie season even though he played in three more games.

It seemed that teams figured out to stop Gurley. It didn’t help with a horrible offensive line and incompetent quarterback play that the Rams had.

With both of their supposed offensive stars having poor seasons, the Rams made some acquisitions to help them out.

The first move the team made was hiring Washington Redskins offensive coordinator, Sean McVay as the head coach. McVay became the youngest head coach in modern NFL history. During his tenure with the Redskins, he was given the credit for helping Kirk Cousins into one of the top quarterbacks in the league, breaking multiple records and turning the Redskins into a potent offensive team.

The team also hired Matt LaFleur as the offensive coordinator. LaFleur was the QB coach for the Atlanta Falcons and coached Matt Ryan to become the NFL MVP and Offensive Player of the Year.

These two hires were to help develop Goff and prove that he was deserving of being the first overall pick.

Like mentioned above, the Rams also added left tackle Andrew Whitworth and wide receiver Robert Woods. Along with other additions, Goff and Gurley now have some much-needed help.

Gurley recently told Jeremy Bergman of NFL.com that he thinks Goff has improved:

Heading into the 2017-2018 season, the Rams offense should look much improved and finish somewhere in the middle of the NFL as an offense. They won’t be one of the best offenses next season but they should make big strides while Goff and Gurley will look better.

The defense was one of the bright spots for the Rams early in the year but the as the season progressed, the defense slowly lost grip of their dominance. The team finished in the top ten in yards allowed but were in the bottom half in other categories.

Pushing the defense back into the right direction, the management hired one of the best defensive coordinators in Wade Phillips. Before coming to Los Angeles, Phillips coached for the Denver Broncos, who were the best defensive team in 2015 and is still a top unit now. The Broncos’ defense played a big part in their Super Bowl run.

With talented players like Aaron Donald, Trumaine Johnson and Alec Ogletree on defense, it is interesting to see how Phillips will transform this defense and use those top players.

The defense should blossom into one of the best in the NFL next season under Phillips. The talent and potential are there for this defense to become great. The only thing to worry about is re-signing Donald and Johnson.

The Rams should look much more improved next season after a solid off-season. While they’re probably not making the playoffs, it could be a possibility in the upcoming years as Goff improves and Gurley returns to form. The spotlight is not completely on them this season as the Chargers are now in LA as well. The future doesn’t seem dark and gloom as some predict but rather bright and sunny for the Los Angeles Rams. 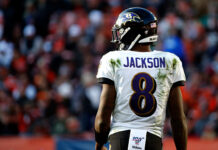