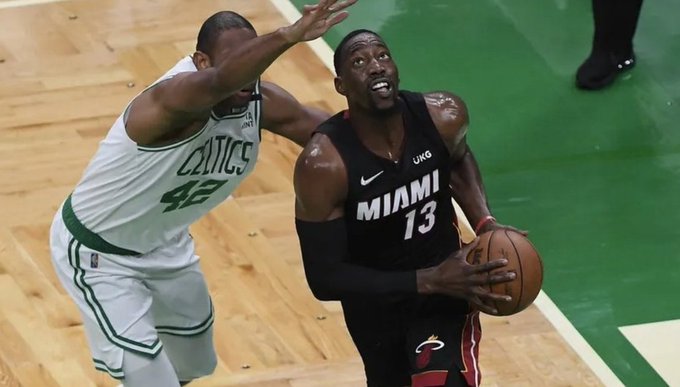 The Miami Heat and Boston Celtics sit with their series tied 2-2 in the Eastern Conference Finals. The winner of the enthralling battle will take on recent three-time champions Steph Curry, Klay Thompson, Draymond Green, and the Golden State Warriors in the NBA Finals.

NBA championship odds have Golden State as the favorite, and for good reason. They’ve been dominant throughout the postseason, rarely relinquishing any sort of lead.

Here is how both the Heat and Celtics could pull off the upset en route to a thrillingly shocking Finals result.

How the Heat and Celtics Can Beat the Warriors

This section will be quite short and may feel abrupt, and it’s intentional. That is because the Warriors have very few glaring weaknesses that may cause them to lose a game on their own account or beat themselves in other terms.

Examining the season, Golden State ranks in the bottom half of the league in just a couple of statistics.

First, they aren’t that great at offensive rebounding, but they’re not terrible either. Though it’s really just Kevon Looney sprinkled with a few hustle plays from the role players, Golden State’s offensive rebounding doesn’t need to be all that special because they make their shots.

The one thing that the Warriors do beat themselves with is turnovers. They were 29th in the NBA out of 30 teams in the turnovers per game department. In their postseason losses thus far, they have averaged 18 turnovers, a few worse than their regular-season average.

If you can get them to give up the ball while trying to play too fast, too fancy, or too unselfish, Golden State may just give you a game or two.

The Heat are one of a few teams that can force the Warriors to turn the ball over as opposed to Golden State causing her own problems. They have one of the best defensive lineups in the league, with multiple elite perimeter defenders to guard the likes of Curry, Thompson, and Jordan Poole.

P.J. Tucker, Gabe Vincent, Kyle Lowry, Victor Oladipo, and of course Jimmy Butler can lock down any backcourt in the league with their suffocating play. Even Caleb Martin can come in to play some tough defense for a few minutes a game.

What’s most special about their defense though has to be Bam Adebayo’s versatility. An All-Defensive selection this year, Adebayo is one of just a few players who can guard all five positions and look like he’s meant for that matchup.

He can switch onto the guards of Golden State, allowing no room for shooting threes off of screens. Golden State’s lack of paint presence will allow Bam to have more freedom in these switches as well.

Finally, the Heat just play slow. They played at the third slowest pace in the NBA this season, which is the opposite of what Golden State wants to do.

While the Warriors will want to get out and run, Miami will slow the tempo down and make every shot earned. These low-scoring affairs can be found on BetUS in detail.

The Heat was the number one team in three-point efficiency, so they’ll be able to keep up even if the pace does get a bit quicker than they intend it to. Erik Spoelstra will have this team coached up for what could be a very tight matchup.

Boston is another great matchup for Golden State, and they have a very real possibility of coming out on top and lifting the Larry O’Brien Trophy.

The Celtics and Warriors were tied in the regular season for best defensive rating, and like Miami, they have some elite perimeter defenders. Namely, Marcus Smart was this year’s Defensive Player of the Year, while Grant Williams and Jaylen Brown are no easy matchup either.

Second-Team All-Defense selection Robert Williams is now healthy and ready to give it his all. He’s one of the most versatile bigs in the league defensively and he’s also one of the league’s best shot blockers. Everything at the rim is going to be very tough to earn if you’re Golden State.

What Boston has that differs from Miami is the elite scoring that Jayson Tatum can bring to the table. Even though he’s been a bit inconsistent, his efficiency is improving and he’s turned into one of the premier offensive players in today’s NBA.

If Tatum can carry the load for a couple of games while Golden State is finding a way to score as well, Boston can win with both their offense and their defense, despite not being the betting favorite on BetUS lines.