Back in 2020, the teams playing in the NBA Finals were stripped of the power of home-field advantage as the presence of their fans was greatly missed by the home team players. In 2020, home-court advantage was not deemed as the most decisive factor in who will claim the victory in the playoffs. However, now that the fans have returned to the stadiums, the road team seems to be in a vulnerable position again.

Though the 2021 NBA season has a lot of restrictions and the stadiums do not house as many fans as present before the COVID-19 pandemic, the home advantage still has more power than last year. Fans are being let into the stadiums and players are once again getting the thrill that comes from playing in an arena full of crazy fans cheering for their favorite team.

What Statistics Teach Us About the NBA Finals

Now that the season has reached its final stretch, everybody is assuming how important home advantage is in the 2021 NBA Finals? A conclusion regarding the importance of home-ice advantage can be reached by looking at the statistics compiled and put forward by NBA lines site, Betway. The statistics given by Betway provide a concise summary of all 71 finals of the NBA which corroborates that home advantage has always been a decisive factor in the NBA Finals and will play a huge role in the 2021 finals as well.

According to the statistics compiled by Betway, home teams have won 70% of all series in the history of the NBA Finals which shows the importance of the regular season in determining the champions of the NBA playoffs.

By looking at the standings, one can see that teams often rest important players with the expectation of getting a relatively favorable path to the NBA Finals. For example, LA Clippers from the Western Conference who have a 15% chance of claiming the final victory this season according to the NBA Final odds, left out both Paul George and Kawhi Leonard for their final two matches of the regular season. This chess move took its toll and the Los Angeles Clippers fell to No. 4 seed after losing back-to-back games to other teams with a combined record of 39-104. However, this also enabled them to dodge a first-round playoff with the Los Angeles Lakers.

Leaving out key players in the hope of getting a desired journey to the finals is a risky thing to do as the team might lose a series to a team that they have tried very hard to play against. This causes embarrassment and on top of that, leaves the team with a worse record, thereby taking away the home advantage in the finals.

Since the replacement of 2-3-2 series format with 2-2-1-1-1 series format in the NBA playoffs back in 2014, the importance of the defender’s advantage has increased. Home teams have claimed victory in 61% of all NBA Final games. Therefore, besides what psychological

advantage of playing an additional game at home suggests about the importance of home-court advantage, history also upholds that home teams are always more likely to win the championship. 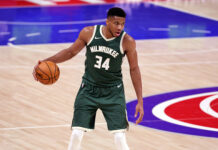 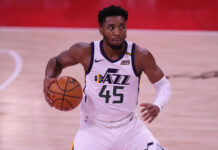 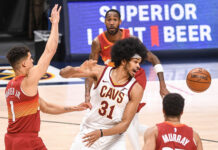