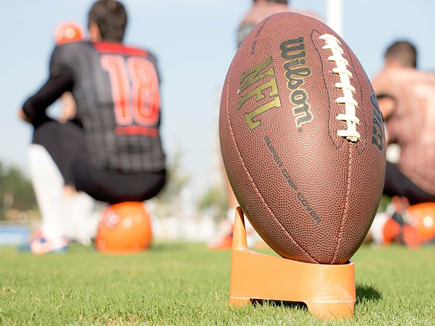 The Kansas City Chiefs’ MVP quarterback Patrick Mahomes could have been turning out in a different color jersey if it wasn’t for the fate of the 2017 NFL Draft. Mahomes has revealed that the Saints’ head coach Sean Payton was extremely interested in signing Mahomes from Texas Tech and was high on his list of draft priorities.

In fact, the New Orleans Saints were all set to secure his services as the 11th overall trade of the draft but did not envisage the Kansas City Chiefs pipping them at the post to take Mahomes as the 10th pick. Saints coach Payton even invited Mahomes to be put through his paces in a private training workout and Mahomes admitted in a recent media session that he was taken by Payton’s approach and personality.

Mahomes Shines a Spotlight on His Time With Sean Payton

Mahomes described Payton as an “offensive genius” and someone that is hugely respected in the locker room. He went on to discuss his private workout with Payton and how he gleaned a lot from his coaching style in that short space of time. Mahomes said that Payton was someone who wanted to help him “improve in every way possible”.

Nevertheless, there is every chance that Mahomes would have struggled to force his way into the Saints’ starting roster, given the sparkling form of Drew Brees at the ripe old age of 41. Brees has enjoyed a relatively injury-free period in the last few seasons, although recently sustained broken ribs in Game Week 10, which kept him out of the last four matches. Despite deputy quarterback Taysom Hill presiding over three wins in four games, coach Payton seems certain to recall Brees after returning to practice.

Mahomes admitted that he didn’t “sense” the Saints’ appetite to sign him as much as the Chiefs, despite that encouraging workout with Payton. The Saints’ loss has very much been the Chiefs’ gain. In Mahomes’ rookie season, he managed to throw 5,097 yards, becoming the first rookie quarterback to reach that season milestone in both the NCAA and NFL. 2018 saw him deservedly selected as the NFL’s MVP and the league’s Offensive Player of the Year. 12 months later, he was lifting the Lombardi Trophy, masterminding the Chiefs’ come-from-behind Super Bowl victory over the San Francisco 49ers. After helping the Chiefs to their first Super Bowl success in 50 years, Mahomes was rewarded with a glittering ten-year contract extension, worth a potential $503 million. The 25-year-old was also named one of the 100 most influential people on the planet this year by Time Magazine. 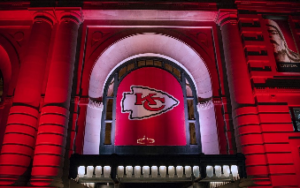 The Saints are one of the Chiefs’ biggest rivals for the Lombardi Trophy in 2021 if the Super Bowl futures odds are anything to go by. They are currently rated as third favorites for the Super Bowl 2021 behind the Chiefs and the Green Bay Packers. With online sports betting securing legalization across a growing number of US states, it’s easier than ever for gridiron fans to place speculative futures wagers on the Saints this season. Legal Betting lists free bets available from licensed sportsbooks that can give you risk-free bets on the Super Bowl. It also explains the concept of wagering requirements that are often attached to free bet bonuses.

It seems almost a given that the Kansas City Chiefs will secure a Super Bowl berth. The defending champions are already AFC West winners and, in many ways, the main danger to them in the postseason playoffs will be themselves. That synergy between Patrick Mahomes and wide receiver Tyreek Hill is one of the most revered in the NFL right now. However, were it to dry up in the playoffs, they could have some difficulties. Many of the Chiefs’ recent victories have been narrow ones, with only six points separating them from the Dolphins and Broncos and there were only three between them and the Buccaneers.

The Pittsburgh Steelers look likely to be the Chiefs’ opponents for the AFC Championship game, having been the top seeds in the AFC for some time. They started the season in rip-roaring fashion, winning 11 straight games, before becoming unstuck against Washington and Buffalo in recent weeks. The Steelers’ somewhat one-dimensional offensive line could hold them back, which is a disappointment for them given their reliable defense. The Buffalo Bills are much improved in recent weeks and could yet be a major contender for the AFC Championship game, as they look to right the wrongs of their regular-season loss to the Chiefs. 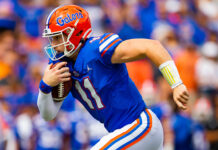 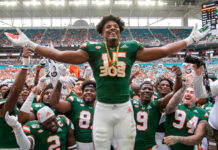