Let me be the first to admit that the San Francisco 49ers are the real deal in the NFC. I initially believed that the 49ers were a result of their weak schedule early in the season, but they proved me wrong Monday night. The Cleveland Browns looked lost all game and couldn’t recover after going down 14-0 early. It was time to beat traffic once the 49ers went up 21-3 in the second quarter. Here are a few takeaways from the 49ers victory on Monday.

We all know how much Kyle Shanahan is revered as an offensive mind in the NFL. We’ve all seen what he’s been able to do on different teams.

That brilliant mind was on full display Monday night. Jimmy Garoppolo hasn’t looked like a franchise QB this season, but Shanahan has been able to hide him. Instead of forcing Garoppolo to be the focus of the team, Shanahan relies on creative run plays offensively and turns the pass rush up defensively. The two-headed monster of Matt Breida and Tevin Coleman gave the Browns’ defense fits combining for 211 yards and two touchdowns on the ground. On the other hand, the 49ers defense, led by Nick Bosa, racked up four sacks and forced three turnovers. All of this allowed Garoppolo to become more of a game manager than a field general. Garoppolo ended the game going 20-of-29 passing for 181 yards and two touchdowns with a 108.5 quarterback rating. All part of Shanahan’s design.

The 49ers Defense is Really Good

Robert Saleh has this defense clicking on all cylinders and his excitement and passion on the sidelines translate to his players on the field.  That energy was on full display during the 49ers victory.

The NFL’s fourth-ranked defense didn’t allow the Browns’ offense to get into a rhythm all night. Baker Mayfield didn’t complete his first pass of the game until the end of the first quarter. The only two times the offense showed life resulted in a field goal and a K’Waun Williams interception at the goal line. The Richard Sherman-led secondary shut Mayfield down only allowing 8 completions on 22 attempts. Bosa probably had this game circled when the schedule was released. Even if it didn’t result in a 49ers victory, I believe Bosa wanted payback.  We didn’t expect him to be dominant this soon after being injured during training camp and being in and out of the lineup all season. That wasn’t the case Monday night. Every time the Browns snapped the ball, Bosa flashed on the screen. He ended the game with four tackles (two for loss), two sacks, one forced fumble with recovery, and five quarterback hits on 38 snaps.

The young QB has to mature in more aspects of being a professional quarterback than reading coverages. The whole having a chip on his shoulder and the world is against us mentality is getting tired. In reality, most people bought into Mayfield and the Browns during the offseason. Why else does he think the Browns have five national games this season? I get a player’s need for their own motivation to perform, but his attitude is more draining than uplifting.

When head coach Freddie Kitchens made the statement, “if you don’t wear brown and orange, you don’t matter,” I doubt this is what he had in mind. I’m certain the quote means to block out all of the outside noise. Mayfield ignored the point like he ignores screen passes and it definitely wasn’t that deep. When you are a young player trying to be successful in the NFL, you should want to learn how to be professional. At the end of the day, football is a job, not war. Mayfield could use pregame warmups and the postgame to make connections which could lead to learning what defenders see in an effort to improve his own game in the offseason. Instead, he would rather create this alternate reality where the world wants him to fail. Wrong. The world wants you to live up to the hype and be accountable.

After watching the game, the main thought for me is the 49ers are a sneaky good team. With Shanahan at the helm, I have no doubts about how well the offense will perform. The run game is their bread and butter and Shanahan is one of the best at drawing up run plays. If this defense can stay this potent and healthy all season, the fight for the NFC West throne will be very interesting. Wouldn’t be surprised to see the 49ers in the conference championship.

What else can we say about the Browns? The offensive line is poor and the quarterback looks mediocre at best. I see a lot of people saying “same old Browns,” not realizing that means they have given up on Mayfield because the Browns haven’t had a franchise quarterback since returning in 1999. I’m not ready to call GM John Dorsey a failure, but when his priority was to select the franchise quarterback, the thoughts are there. 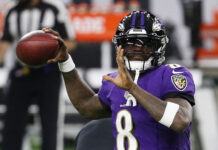 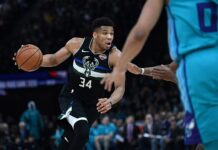 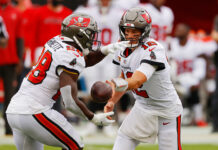