As a Baltimore Orioles fan, myself and many others were hoping to see pitcher John Means play in the MLB All-Star Game. Unfortunately, he did not play during the American League’s 4-3 win. This is disappointing and needs to change for the future. Here are a few ideas to make the All-Star game better for all fans.

What The MLB All-Star Game Needs To Change

Emphasize Players Who Are Their Team’s Lone Representative

One unique aspect the MLB has in their All-Star Game is requiring every team to send at least one representative. This, in theory, ensures every team is represented, however just because you are selected does not guarantee you will play. When a team only sends one player, their entire fanbase rallies around that player to support them and looks forward to seeing them play. When that player does not play it is very disappointing to the fans who supported him throughout the season. This is especially hurtful for the teams from smaller markets or those who have losing records that take attention away from them nationally.

Everyone knows the New York Yankees and Boston Red Sox, not everyone knows the Orioles or Minnesota Twins. This game should introduce the players to a national audience and let the fans see why these players are worthy of being called an All-Star. The Orioles currently have the worst record in baseball and for many fans, seeing Means pitch was going to be the highlight of the season. If you’re going to require each team to send a player to the All-Star game, you should also ensure each of them gets to play.

Pitchers each pitch one inning, however, there are more than nine pitchers chosen from each league so a few will not get to play. If you are selected for the All-Star Game, you have earned the right to play in it. Even if this means some pitchers only get 1-2 batters, that would be better than not getting to play at all.

This game does not mean much anymore since it no longer determines home field advantage in the World Series. Because it’s an exhibition game it should be treated as such as put less of an emphasis on winning. For many of the first-time All-Stars, it will be the only one they are selected for and the thought of never experiencing what it’s like to play in the game will be with them after their careers end. This is supposed to be a celebration of the best players, so let’s require all of them to play unless an injury or another valid reason suggests otherwise.

The All-Star Game is supposed to celebrate the best players in the game and recognize them for their success. If a player is selected to be in the game, it’s only fair they get a chance to play in it. The MLB can easily fix this by mandating every player to get some playing time to ensure everyone gets at least some time to feel the moment of playing in the All-Star Game. This year the American League sent 11 pitchers to the game with three others unable to play due to injury, this resulted in Means and Gerrit Cole from the Pittsburgh Pirates not playing. Players work their entire life for an opportunity to play in this game, it’s only right that anyone selected gets to play in the biggest game of the season. 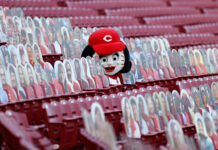 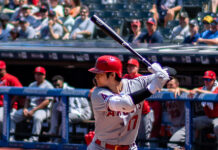 Is This the Season Shohei Ohtani Fulfills His Immense Potential?