The New York Knicks are just over a quarter of a way through their season with an 8-20 record. The Knicks record may be one of the worst in the league but they have been very competitive this season and have played in some close games which if they would have won, would have their record change. This season is a rebuilding season with a whole new coaching staff, a new roster, and a season focused on player development. I will be breaking down three positives and some negatives so far in the New York Knicks season.

The New York Knicks rookie class consisted of Kevin Knox, Mitchell Robinson, and Allonzo Trier. The Knicks could potentially have struck gold with this class as they have potential through the roof. Kevin Knox was selected with the ninth overall pick and flourished during the summer league which opened peoples eyes. Knox dealt with an injury early in the regular season but has seemed to regain his form and has been as advertised over the past 2 weeks for the Knicks. He can score with the best of them while also being a dominate rebounder and looking for his teammates. Knox will have to add some strength to be able to play inside and outside as well as being more aggressive on the defensive end.

Robinson didn’t attend college last season but was a five-star recruit coming out of high school and was one of the top big men with the likes of Deandre Ayton, Mohamed Bamba, and Marvin Bagley. Robsinson is very raw and it will take some time for him to develop into the player he can be but at the same time the more reps he can get in an NBA game the better it will be for his development. Robinson has shown flashes on both ends of the floor especially with his defensive ability around the rim and in the pick and roll.

Trier has also been a pleasent surprise as an undrafted rookie out of Arizona. Trier was one of the best players in college basketball over his career but with him getting caught with a substance caused him to fall out of the draft. He is a bucket getter and has been sensational off the bench for the Knicks as a sixth man. Trier reminds me of Lou Williams or Jamal Crawford with his ability to dominate and change a game coming off the bench.

Trey Burke has been a fantastic backup point guard running the second unit and handling his business which is key for him to succeed in the league. Frank Ntilikina has also been in the starting lineup as well as coming off the bench and just went a couple games where he didn’t play well Fizdale tried to light a fire under his future star. If the Knicks can have their young players co-existing together it will be great for their future and for their player development.

The New York Knicks have a new attitude this season behind their coach David Fizdale. Everyone knew coming into this season that it was going to be a rebuilding year and with all the young players on the roster that player development was going to be crucial. The Knicks are without their superstar Kristaps Porzingis as he rehabs from a torn ACL suffered last season. The positive taken so far from this season is that the Knicks are playing hard and the guys on the team are here to earn their stripes.

The Knicks have been in a lot of close games late and just haven’t been able to finish them out with the best of them but this is a learning curve and having these guys be able to play in these situations is key for the future and for their development. They come out and play with high intensity every single night and give it their all as a team and you can see them growing together each and every game which is also another key to their development which is trusting each-other in situations.

The New York Knicks have three point guards who could be starters in the league on their roster in Emmanuel Mudiay, Burke, and Ntilikina. The Knicks have tried different combinations with each of them getting the opportunity to start at the point guard position. They have all also not played in consecutive games as well to give the other guys a chance to prove themselves. The Knicks will have a decision to make as each of them has proven themselves when given the chance and have shown what they are capable of. Having each of them rotate, moving in and out of the lineup might not be a good thing for them to work with the same unit and having the same units co-exist with each-other.

The New York Knicks took a chance on Hezonja this off-season to try to get his career on pace. Hezonja was on the Orlando Magic for three seasons and never hit his potential. At the end of last season when he got the opportunity to start, he thrived in his minutes going into free agency. Scott Perry was in Orlando when Hezonja was drafted and took a chance on him for a one year deal so he could get the time to prove himself in New York.

Herzonja has been in and out of the lineup this season. He’s played well in stretches but he doesn’t seem to be fitting in with the team just yet or finding himself. If Mario can find himself then he could be a huge piece down the stretch for the Knicks this season and possibly play himself into a role on the team next season but time will tell and we will see how he plays the rest of the season and what role David Fizdale gives him.

The New York Knicks will focus on player development for the rest of the season. They will try to get Knox, Robinson, and Ntilikina to their max potential. The Knicks have a great young core to build upon and with the cap space next season. They will have the opportunity to add a superstar or a couple good players to round out their roster. There is optimisim this season that Porzingis will return this season and be able to work with these guys to make them dominate on the floor together which will be a great step towards the future. 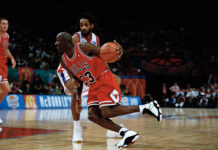