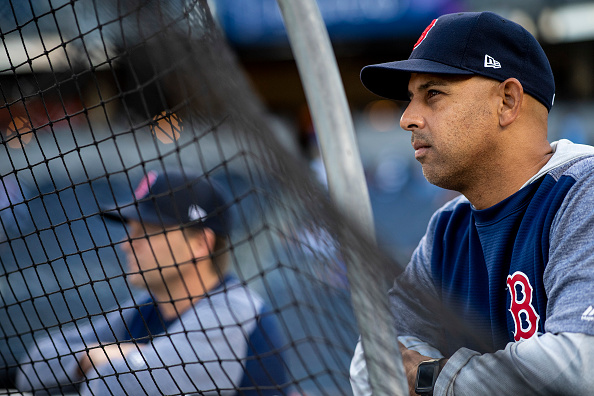 On October 17th, 2017 the Boston Red Sox named Alex Cora as the organization’s 47th manager. Cora who was Houston’s bench coach takes over for the fired John Farrell. For two years in a row, the club has lost in the playoffs In this post, we will examine three areas why the new skipper deserves all A’s.

Despite an opening day loss to the Tampa Bay Rays the team went on to compile a 15-2 record. The impressive start was the best in the history of the Red Sox. Since then the club remains the best team in baseball with a 43-21 record. The new skipper has a reputation as an excellent communicator. And with such an impressive record it’s obvious that everybody is on the same page. Even with the release of Hanley Ramirez, the club continues to perform well without no distractions.

Handling Of The Pitching Staff

When Cora got hired, the first concern of many Red Sox fans was How will the new manager handle the pitching staff? This was one of the reasons for Farrell’s dismissal. Since the start of the season, Cora has done a masterful job in managing the bullpen           A perfect example is how the manager handles closer Craig Kimbrel. Last season many fans felt that he was coming in too early. If the club can stay healthy, then they should be on pace, to win 95 plus games.

Handling Of The Media