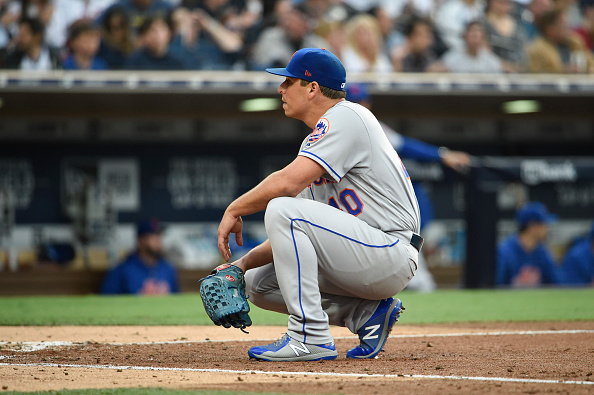 After starting out as one of the best teams in baseball, the New York Mets have quickly fallen. The Mets now have a record of 19-18, and sit in fourth place in the National League East. So what exactly caused this team to fall from there top of the baseball world? Lets take a look at three factors to the Mets May collapse.

The April Mets were a force to be reckoned with. If they needed a hit in a big spot, they got it, no matter who stepped to the plate. The May Mets are the complete opposite of this. For some reason, this team lacks that fight they had early on. When this team falls behind in games, it seems like they seem to just pack it in. They flashed signs of a return of this grit against the Phillies this weekend when Michael Conforto and Devin Mesoraco slugged ninth inning home runs in a come-from-behind-win. If the Mets hope to contend the rest of 2018, they are going to need to battle to win some close games.

Early in the 2018 season, Mets fans were praising Mickey Callaway and his coaching decisions. Nowadays, it seems like at least one decision is being questioned every game. Mickey has cost this team a handful of games already during the month of May. Of course, most notably was the batting out of order fiasco in Cincinnati. Callaway has also had some very questionable calls to the bullpen. Either Mets fans jumped the gun too early on Callaway, or this guy is just in way over his head. Either way, this team and this coaching staff needs to wake up and get their act together.

Back End of the Rotation

The lack of legit depth in the back end of the Mets rotation is truly showing it’s colors. Right now, the Mets rotation is pretty much Jacob deGrom, Noah Syndergaard, and pray for rain. Steven Matz and Zack Wheeler have been shaky. Both starters have flashed signs of their true potential, but have also been rocked around at times. And of course, free agent signing Jason Vargas has been a nightmare. It looks like batting practice when he is out there. Sandy Alderson really screwed up big time with that one, as Jake Arrieta was just sitting there for his taking. This team certainly is going to need Wheeler, Matz, and Vargas to turn things around if they have hopes of going anywhere this season. If not, expect the Mets to look to trade for some rotation depth.