The Philadelphia 76ers collected their thirteenth straight win Friday night, April 6th, while hosting the Cleveland Cavaliers squad in a fight that could ultimately determine who will win the 3rd seed in the Eastern Conference. This streak is the franchises longest since 1984, and gives Philadelphia their 49th win on the season.

All year long, we have been hearing analyst’s such as Colin Cowherd, Jason Whitlock and Stephen A Smith talk about why not to buy into the 76ers phenominal season, “The Process” and their overperforming young stars. In this article, I want to talk about why you should believe in The Process.

Three reasons to believe in the process

The winning culture in Philadelphia

Head coach Brett Brown has turned Philadelphia into a strong contender, now primed and prepared to make a Finals run. Players and executives alike have ranted and raved about the change of the culture in the locker room.

Brown paid his dues while climbing to this position, sitting under the great San Antonio Spurs head coach Gregg Popovich for a decade. He won four titles under Pop, and two titles as a head coach in Australias NBL. When he was hired five years ago by the 76ers, no one really knew what to expect from him.

At his introductory press conference, Brown laid down the floorplan on how to get Philadelphia back to chasing titles again. “The rebuild,” he said, “has to be keeping the locker room together.”

Keeping the locker room together he has, and done an extraordinary job while doing so. His players all bought in, and the roster has turned over to make sure it stayed that way. Now, the 76ers are a young stable of blooming stars.

Veteran guard JJ Redick, who has spent over a decade of his life in the NBA, credited the coaching staff with their micro-coaching techniques. “There’s nothing that we really get to that we haven’t been coached on.”

The young and blooming roster

The 76ers accumulated their high draft picks as they pushed through miserable seasons of awful basketball. They were pitiful to watch! But every year, they picked up a new star in the draft. First it was Joel Embiid, who didn’t play much of his first two seasons due to injuries. The it was Ben Simmons, who missed his first season entirely with a foot fracture. Last years draft, it was Markelle Fultz, who missed almost the entire season to extra coaching on what they referred to as a “broken shot.”

Now they have mega cap space, a roster brought together and full of young stars, and a team that can take anyone in the East on in seven games. Simmons is in the running for rookie of the year, and could very well be all-NBA this year as well. With so many possibilities in the franchises future, you can’t sleep on them.

The eletricity at the games

Its becoming very hard to play at the Wells Fargo Center in Philadelphia. The fan base stayed surprisingly supportive through the loosing part of The Process, and now that frustration has turned into electricity. Philadelphia is rabid now that the 76ers are in top-tier form.

One can rant and rave all day about the prospects Philadelphia has, but let’s face it. They are one of the top teams in the league. They are exciting, fun to watch, explosive and add a new dynamic to the league. It’s going to be a fun playoff race to the Finals, and probably one we will remember for the ages. 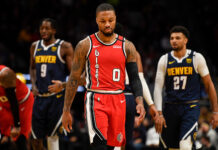 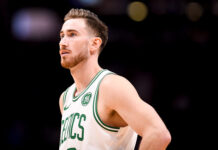 The Gordon Hayward Era With the Boston Celtics Has Ended