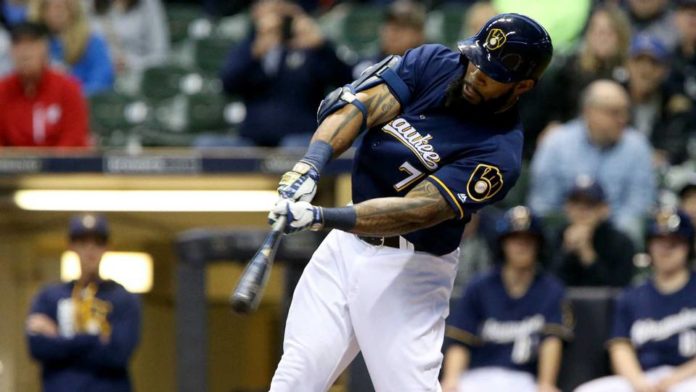 The Major League Baseball season is fifteen games deep and there have some pretty interesting storylines thus far. A rise to stardom from not only an unlikely rookie (Amir Garrett), but also a returning veteran (Eric Thames). The rise of some surprising teams, to the fall of a powerhouse (Toronto). Here are five storylines from the first three weeks of the 2017 MLB Season.

Amir Garrett has been a very pleasant surprise to start the 2017 season. In three starts the rookie has a 2-1 record with a 1.83 ERA and 21 strikeouts. The right-hander has a fastball-changeup-curveball mix which is very solid. In his most recent start, he allowed two runs but struck out 12 Orioles hitters. Garrett could be a positive for the Reds this season if he can continue this early success.

Everyone knew the Blue Jays were going to have a regression with the loss of Edwin Encarnacion. However, nobody thought it was going to be this bad. Toronto has only won five games to this point in the season. As a team, Toronto is second to last in the league with only 44 runs scored. They are hitting to an average of .218 and have only 10 home runs on the season. With the rest of the East looking as good as they are, the Jays could be in trouble if their offense doesn’t turn things around in a hurry.

3 The Return of Dallas Keuchel

Dallas Keuchel was not very good last season after winning the Cy Young award in 2015. However, this season has been a much different story thus far. Through four starts, he has been able to limit the damage against him thus far. He has a 3-0 record with a 0.96 ERA, only three earned runs, and 22 strikeouts. The key for Keuchel thus far is that he has been keeping the ball down in the zone, making it harder to hit home runs and resulting in a ton of ground balls. If the Astros expect to make a long playoff run this season, they will need Keuchel to continue this success.

30-year old Eric Thames is currently leading all of Major League baseball in runs scored (21), homers (8), slugging (.828), and OPS (1.289), and has a batting average of .359. After not playing in the MLB since 2012, Thames is making for a nice story in his comeback. Thames says while turning things around in Korea, he most worked on his plate discipline. He has showed that thus far as he has been a much more disciplined hitter, and is shining at better pitches. We’ll see if the veteran can keep up this success as the season progresses.

Take a look at the MLB standings to this point in the season. The Yankees and Orioles are leading the AL East. The Tigers are leading the AL Central, and the Athletics are above the Rangers in the AL West with the Astros in first. The Cincinnati Reds are 1/2 game out of first in the NL Central and the Colorado Rockies have the most wins in the National League. To this point the standings are looking very interesting, however it is still early in the season.